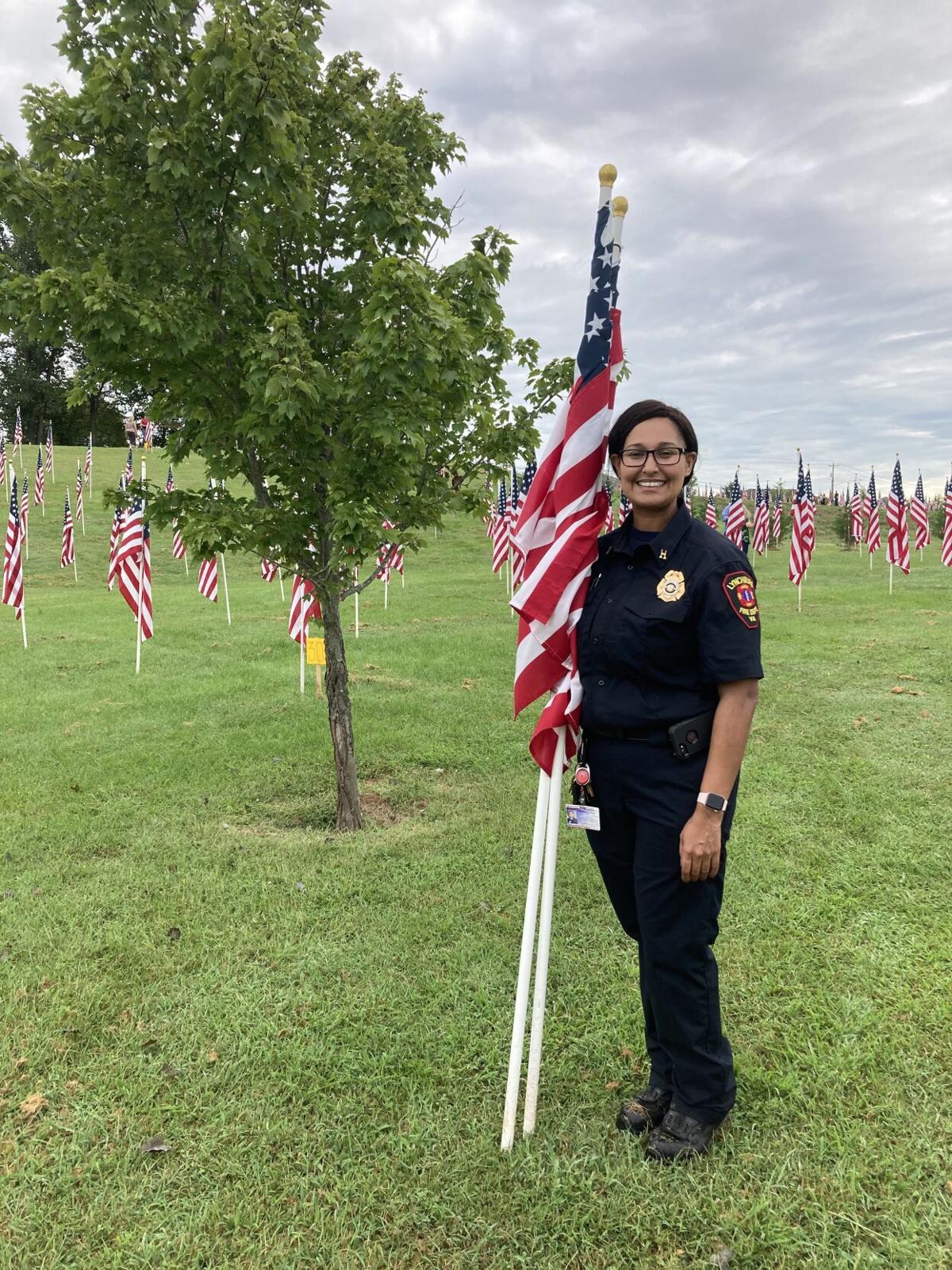 Candace Brown, a captain with the Lynchburg Fire Department, said she was humbled by the ceremony and to have a flag placed in the field in her honor. 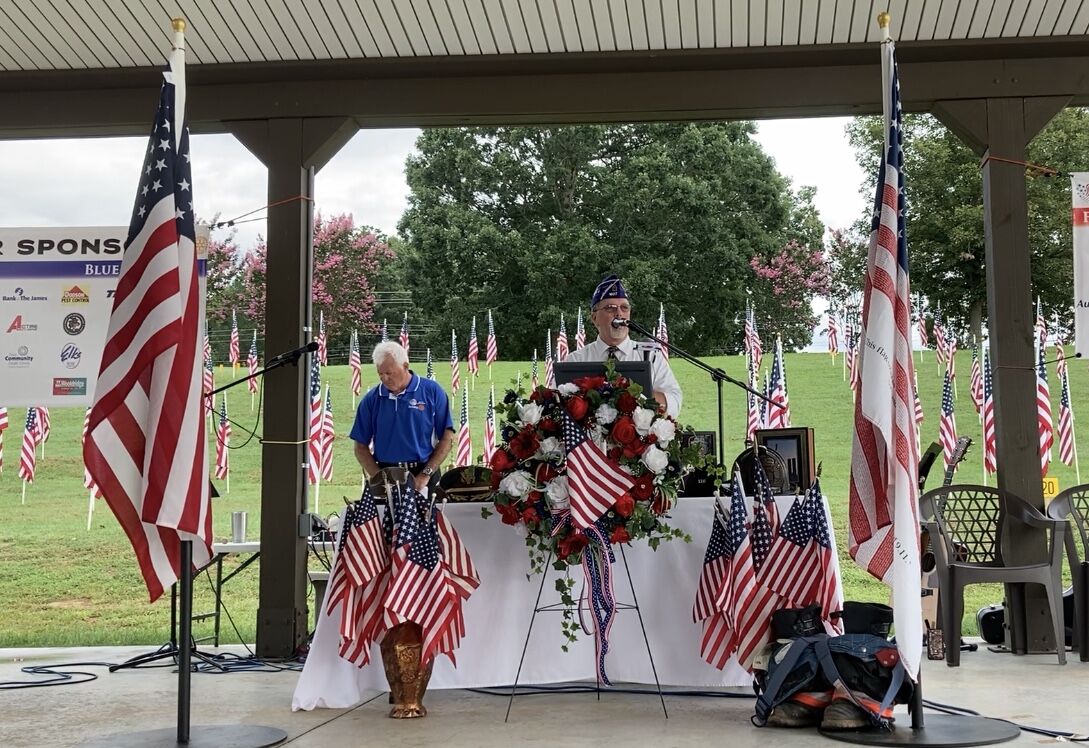 Brian Wood said the American Flag reminds him of family.

Candace Brown, a captain with the Lynchburg Fire Department, said she was humbled by the ceremony and to have a flag placed in the field in her honor.

Brian Wood said the American Flag reminds him of family.

Dozens gathered under a picnic shelter surround by a field full of American flags the morning of Friday, September 11. They were there to remember.

Each year the Forest Rotary Club holds a ceremony in remembrance of those who died on September 11, 2001, and to honor members of the military and first responders. The ceremony took place in the Field of Honor, a hillside in Lynchburg along Graves Mill Road that is covered in American Flags each September—each one sponsored by a local person or organization to honor a veteran, firefighter, police officer, EMT or other first responder.

“Each flag is a human being that has given something for us, to be free, to be healthy, to be safe,” said Linda Dinkle, a member of the Forest Rotary Club. “That's why we do this.”

“It was humbling,” Brown said about the event as she collected her flag. “We’re very thankful.”

Reverend Brian Wood of Inglewood Baptist Church on Old Boonsboro Road in Lynchburg spoke at the ceremony. Wood said he was teaching a history class during the September 11 attacks and was later deployed several times as a member of the National Guard. Wood said during one of his tours a former student of his was in his platoon.

“Something about being a veteran and being deployed, when I see the American flag, to me it means several things,” Wood said. “It means home. It means my family. When we go to war, it’s not because I hate who’s in front of me. It’s because I love who’s behind me.“

Others who spoke at the event included a retired New York City police officer who helped clean ground zero for months after the attacks on September 11 and a woman who worked in a building near the World Trade Center and witnessed the horrifying events that unfolded that day.

Though the Rotary Club’s event had a focus on first responders who risked their lives nearly two decades ago on 9/11, Dinkle said veterans and first responders everywhere deserve to be appreciated for their service.

“So many people don’t realize the sacrifice that’s made by veterans, the military, the fire, the police and the healthcare workers,” Dinkle said. “They’re right there on the front lines. So it’s important for us to recognize them, salute them and honor them.”