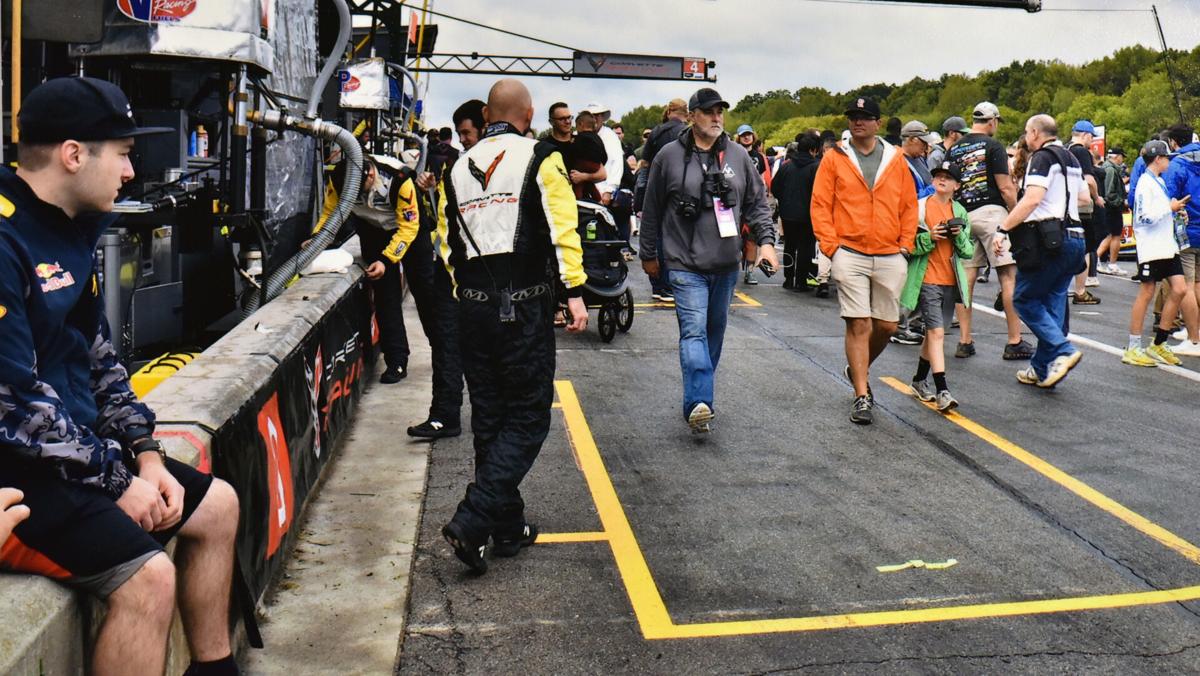 VIR has a 3.27-mile course, with several smaller loops, too. 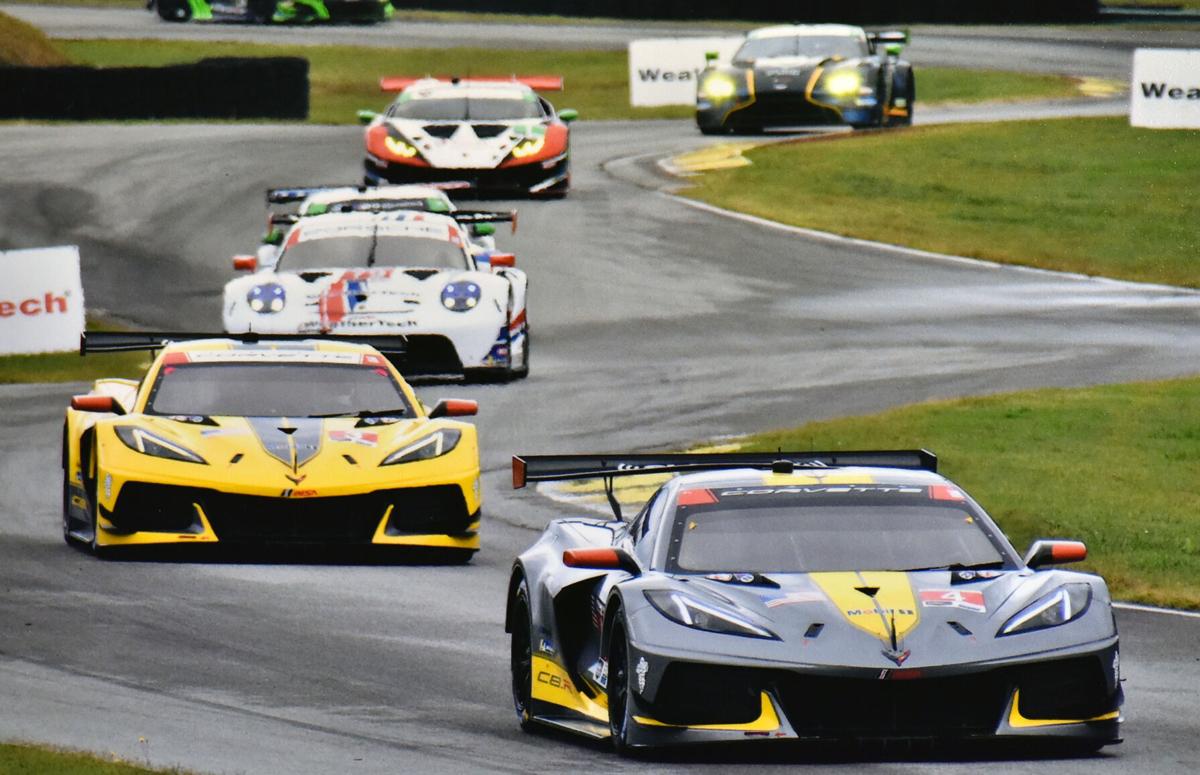 At least one Corvette led the race at all times. 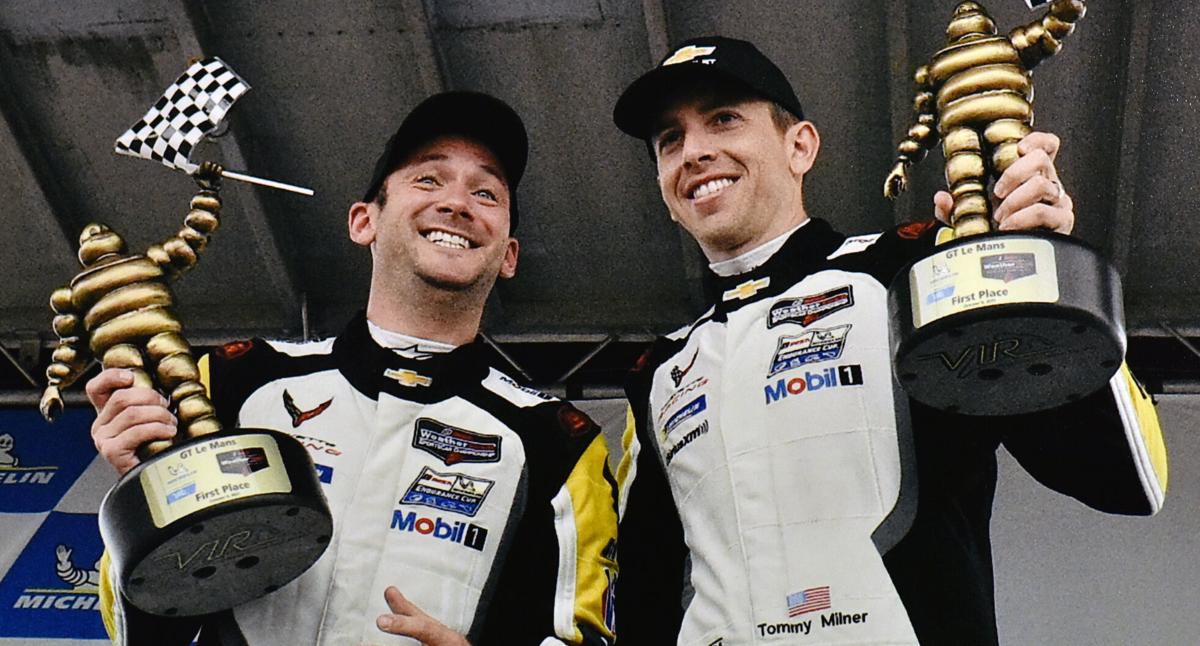 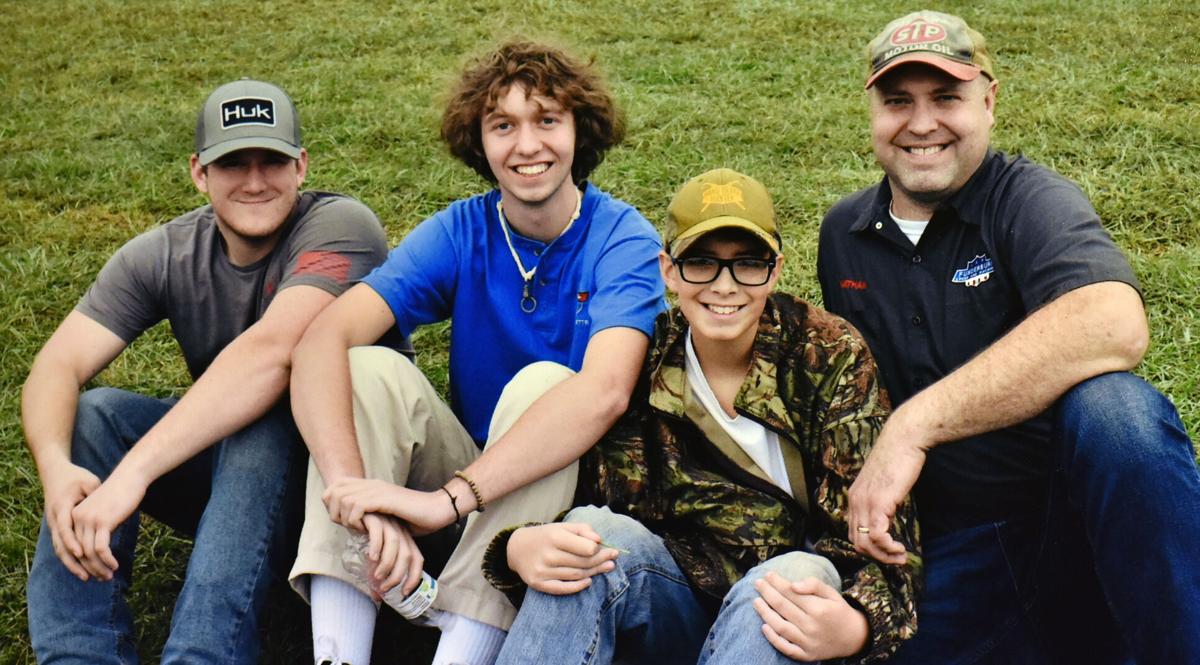 The photographer's pit crew helped him get around VIR's track. 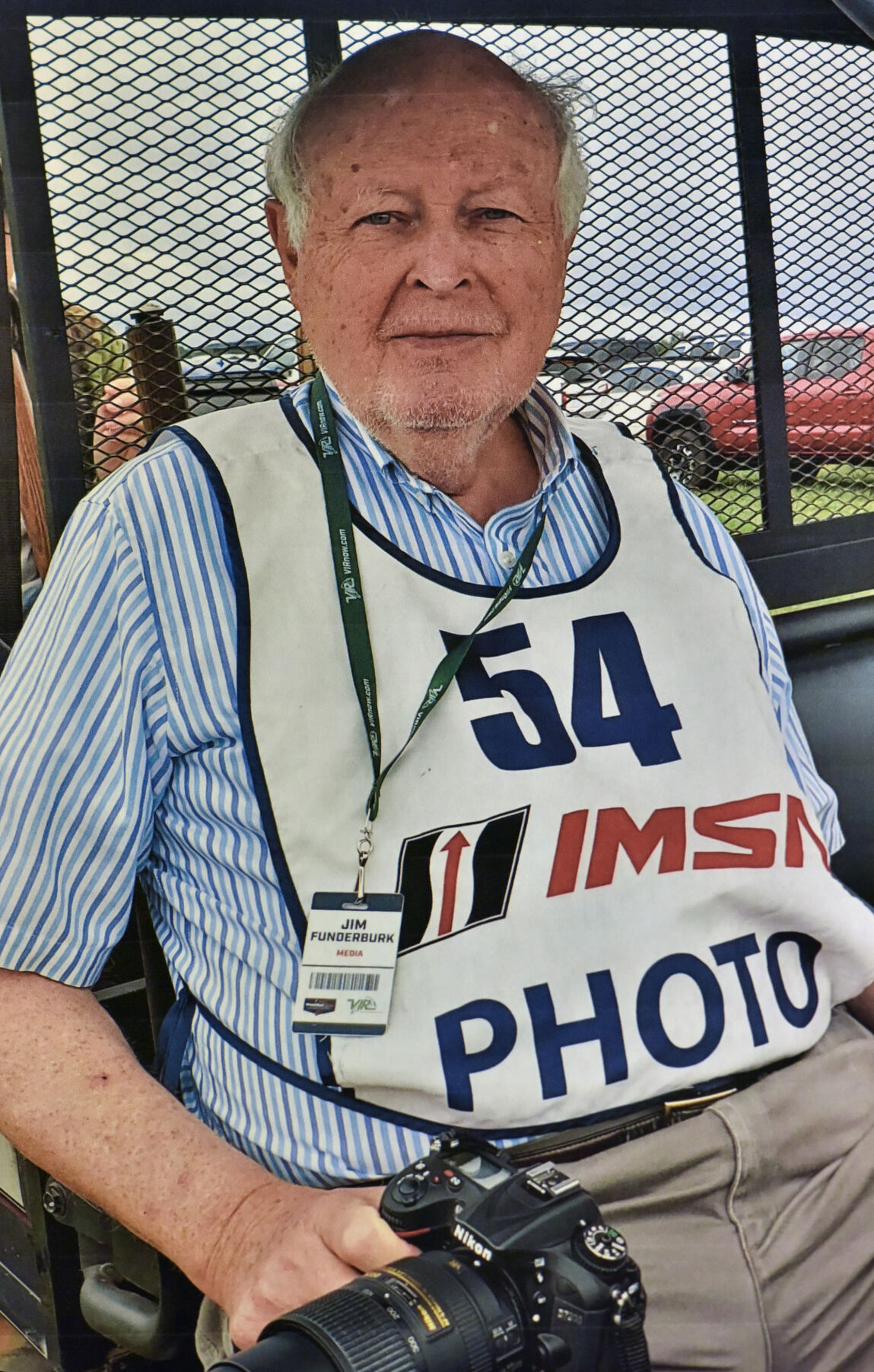 VIR has a 3.27-mile course, with several smaller loops, too.

At least one Corvette led the race at all times.

The photographer's pit crew helped him get around VIR's track.

Grand Touring Le Mans road course style racing, in the form of International Motor Sports Association (IMSA) sanctioned Grand Touring Daytona Class (GTD) races, is kind of like Christmas. It only comes once a year to our Central Virginia area. Most auto motor sports racing fans now know what VIR stands for — Virginia International Raceway. Even so, many people in our area don’t know about this beautiful gem located at Alton, Virginia, just east of Danville, only about an hour’s drive from Altavista.

I moved to Altavista in 1971, but didn’t learn about VIR until after 2002. I bought my first Corvette in 1995 and became a fan of GM’s new, factory-sponsored Corvette Racing Team around 1998. I had never been much of a NASCAR oval track race fan, but was always attracted to European Road Course racing like Le Mans in France. Corvettes were racing there and won their first “class” win in 1960. From 1955 onwards, Chevrolet Corvettes were always about racing — the best way to improve the breed of an American sports car that produced an automotive icon of the sports car world.

Built between 1955 and 1957, the VIR track was great for road course Le Mans style racing, which was beginning to catch on and spread all over America. Carol Shelby was the inaugural VIR Grand PRIX winner in 1957. VIR was closed in 1974 due to declining attendance and the gasoline crisis. In 1998, Harvey Siegel and Connie Nyholm began reconstruction of the historic race track, which reopened in 2000 with the SCCA March Madness Race and was followed up by the inaugural “Gold Cup Historic Races” in June. In 2002 VIR hosted the first sanctioned AMA Superbike Motorcycle Race and in 2003 its first pro sports car race, Grand AM.

Continuous improvement and additions have been added to VIR in the years since. The track has been widened, and all previous asphalt removed and repaved in 2016 just prior to IMSA events. Due to the COVID-19 pandemic, operations were severely restricted in 2020. Last year the IMSA and Michelin GT Challenge races were non-spectator events behind closed doors. This past weekend, October 8th-10th, saw nothing short of a sensational racing events comeback, the showcase headliner event being two hour forty-five minute highly competitive Weather Tech Championship Michelin GT Challenge Race featuring the GT Le Mans and GT Daytona Class cars sponsored by Michelin.

While driving in the rain to VIR Saturday morning, I had doubts about the weather and how it might affect the Michelin GT Challenge Race starting about noon. By 10:30 a.m. the rain had stopped, and pre-race activities were beginning to appear. The 11 a.m. “Fan Walk” stated on time through Pit Row and on the track where all the race cars were lined up, complete with their drivers for introductions and autographs for fans. The IMSA TV reporters were busy doing live pre-race driver interviews for at-home race fans. By 12 p.m. the race car formation laps had started with a high performance Porsche 4-door sedan leading the way as pace car.

My son Nathan had acquired a Kawasaki “Mule” (small ATV with truck bed) to take me around the track to my favorite photo spots and events. I’ve become more stubborn in my older years than to let my myositis and a heart attack two weeks ago stop me from photographing my favorite racing event, and the only one I attend. Several grandsons went along for the ride also.

This year’s VIR GT Race was the best I have ever attended, and I was able to make some of my best-ever race coverage photographs. As a die-hard Corvette owner and Corvette racing Team fan, things could not have been better. The two Corvettes, #4 driven by Tommy Milner and Nick Tandy, and #3 driven by Antonio Garcia and Jordan Taylor, dominated most of the race. They won the race with a 1-2 Podium Finish, first and second place wins. The third place winner was a Porsche, #79 driven by Cooper MacNeil and Kevin Estre. All three cars finished the race in the same order that they were in when driving their first lap around the track.

In 2000, six American road course tracks were rated “best” by Car and Driver magazine — VIR, Laguna Seca, Road America, Road Atlanta, Watkins Glen, and Sebring. It is a great honor for VIR to be associated with these big, historic tracks. VIR has received international acclaim and rave reviews as one of the most exciting road courses in all of motorsports. Each year VIR draws hundreds of thousands of spectators for some of the best road racing in the country. Now you know what VIR is all about and where it is located. If you have never been, check it out.