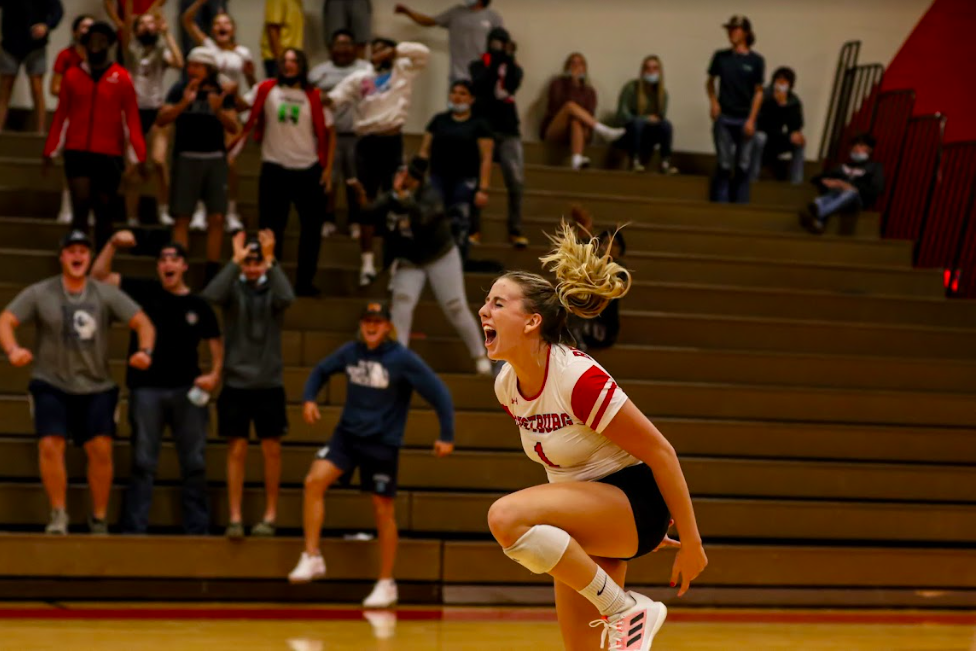 The student section celebrates along with Kate Hardie. 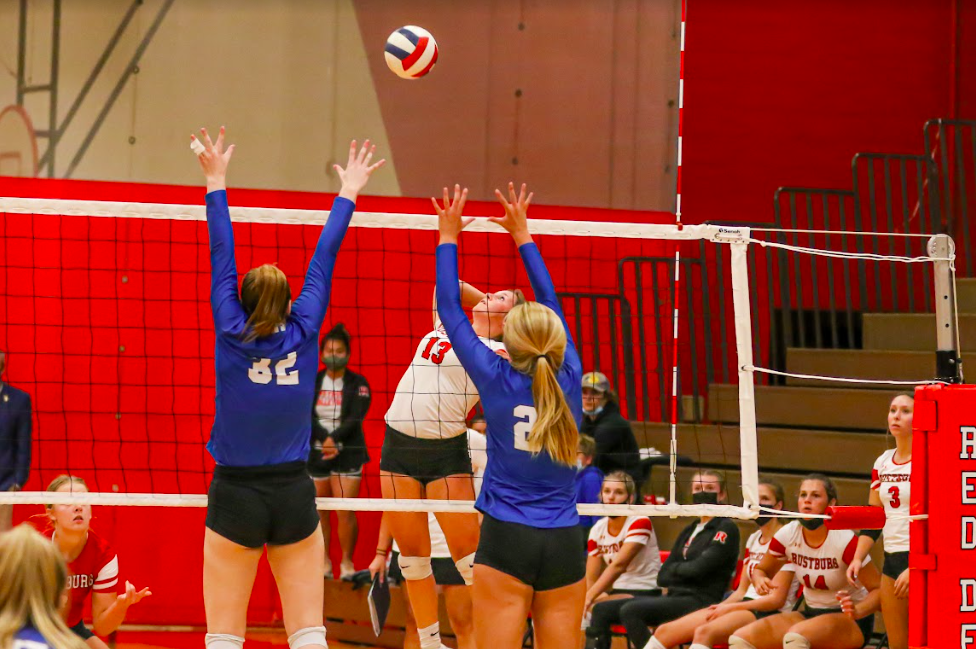 Eden Bigham winds up to launch it. 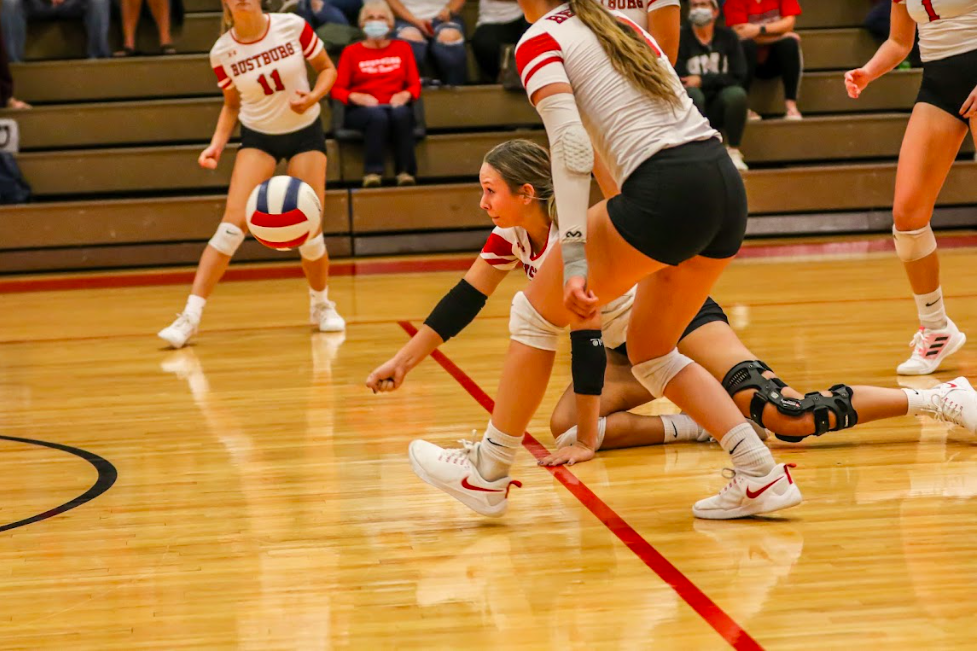 Delaney Scharnus gets a dig. 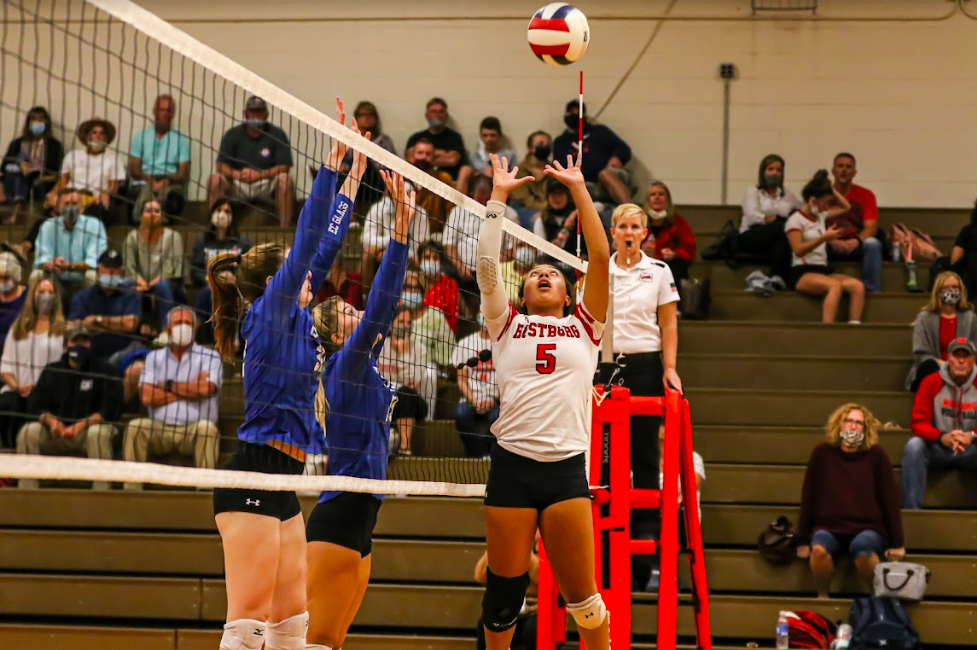 Meah Coles sets up a teammate. 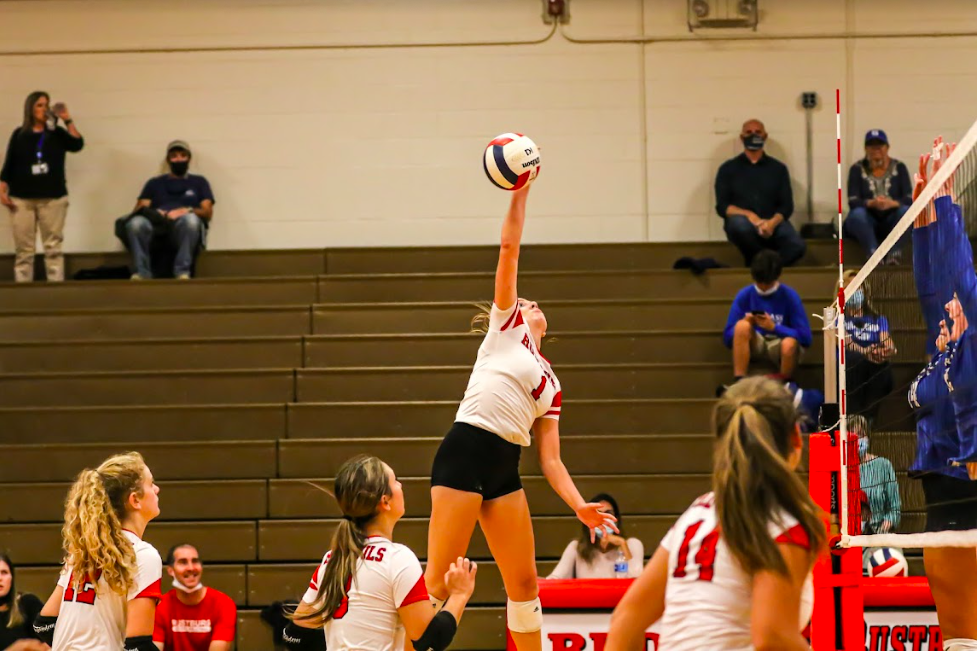 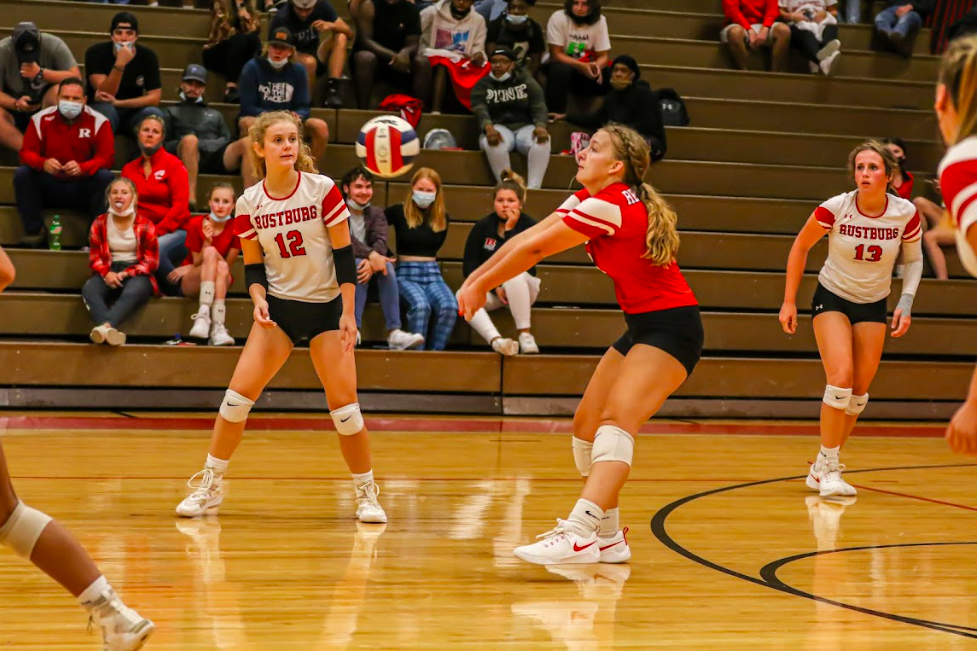 The student section celebrates along with Kate Hardie.

Eden Bigham winds up to launch it.

Delaney Scharnus gets a dig.

Meah Coles sets up a teammate.

The EC Glass Lady Hilltoppers came to town last night for a Seminole showdown between the two best volleyball teams in the area.

The night started with Rustburg jumping on top in the first set, and looked like it was going to be a short night. The lady Red Devils were hitting all their marks.  With help on the corners from Eden Bigham (3 aces, 18 kills, 8 digs) and Kate Hardie (1 ace, 17 kills, 17 digs) Rustburg was beating down the competition. They won the first set 25-23.

“We started off strong in the first set, then things kind of fell apart in the second and third set, but we stayed strong and fought back,” said Rustburg coach Kristen Hardie.

In the 2nd and 3rd sets, Rustburg’s service and play sharply fell off.  EC Glass jumped up quickly on Rustburg, and at one point in the 3rd set The Lady Hilltoppers were up 14-2. Rustburg gave up 8 straight points on service in the 2nd set. Rustburg lost the 2nd set 25-16 and the 3rd 25-12.

Going into the 5th, the Lady Red Devils had the momentum and did not let up.  They jumped on top 6-0 in the first part of the 5th set.  EC Glass tried to pull back, but Rustburg put them away with a 15-9 win to keep their win streak alive at 23.

At any point in tonight’s match, Rustburg’s #3 could be seen rolling around, diving, jumping and even sliding across the court.  Delaney Scharnus, returned to action this fall after missing last year’s volleyball and softball seasons because of two ACL surgeries. When asked how it felt to be back, she responded with a big smile.

“I am excited to be back,” she said. “And we played the strongest team in our district tonight. This is what we needed. To play strong competition, and to get ready for the later season.”

Rustburg will travel to Jefferson Forest on Thursday at 7 p.m.