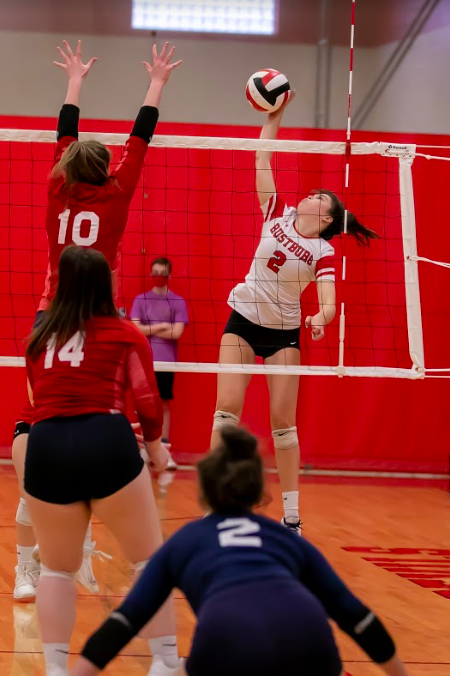 Anna Maddox comes from the corner for a kill. 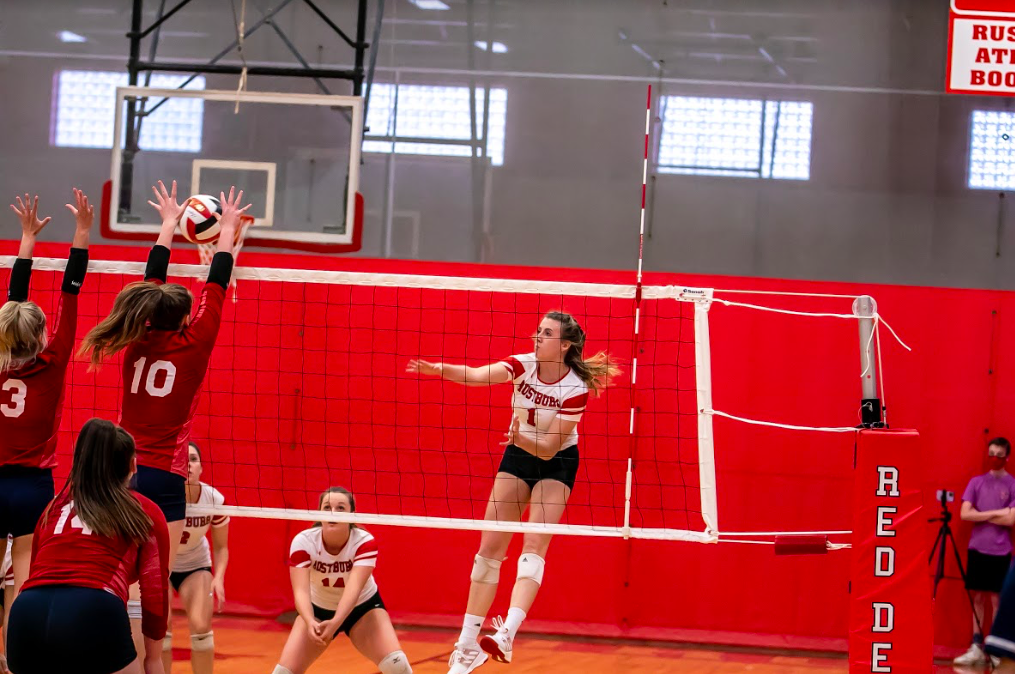 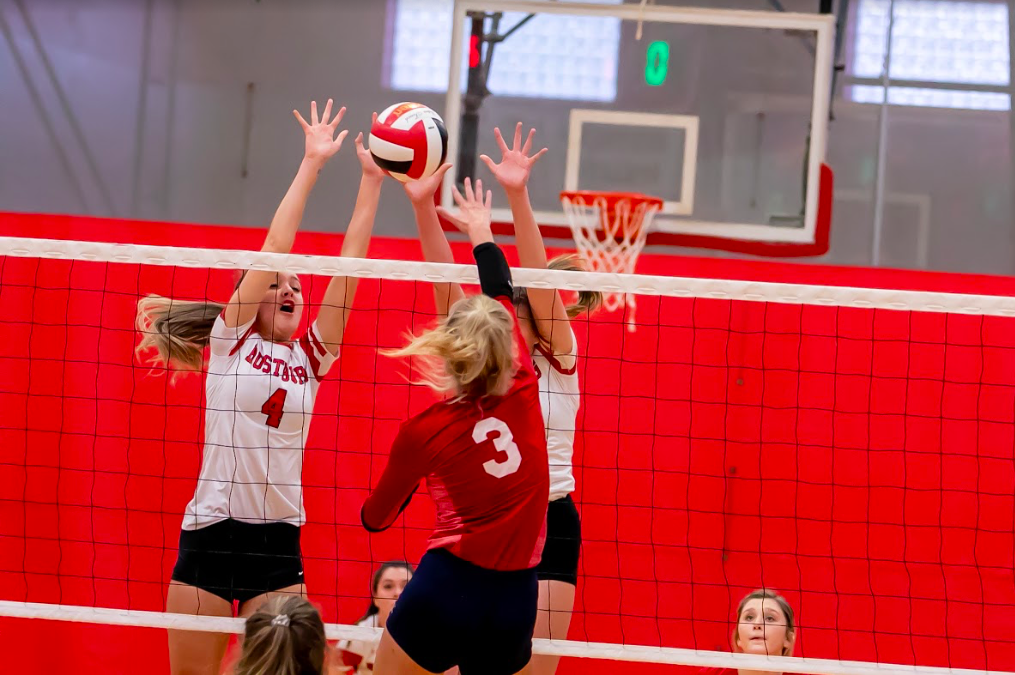 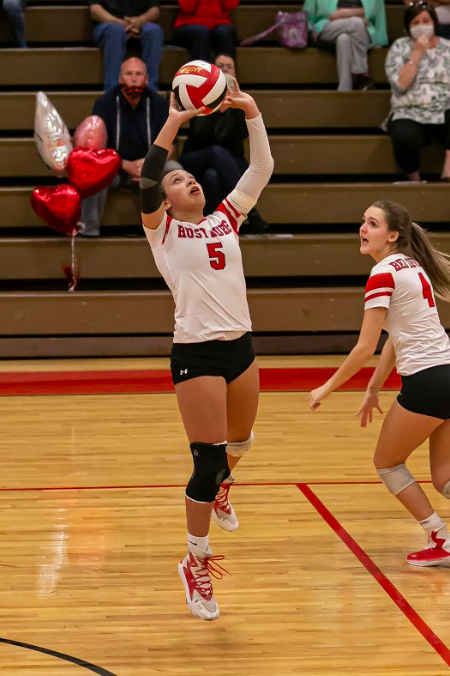 Meah Coles sets up a teammate near the net. 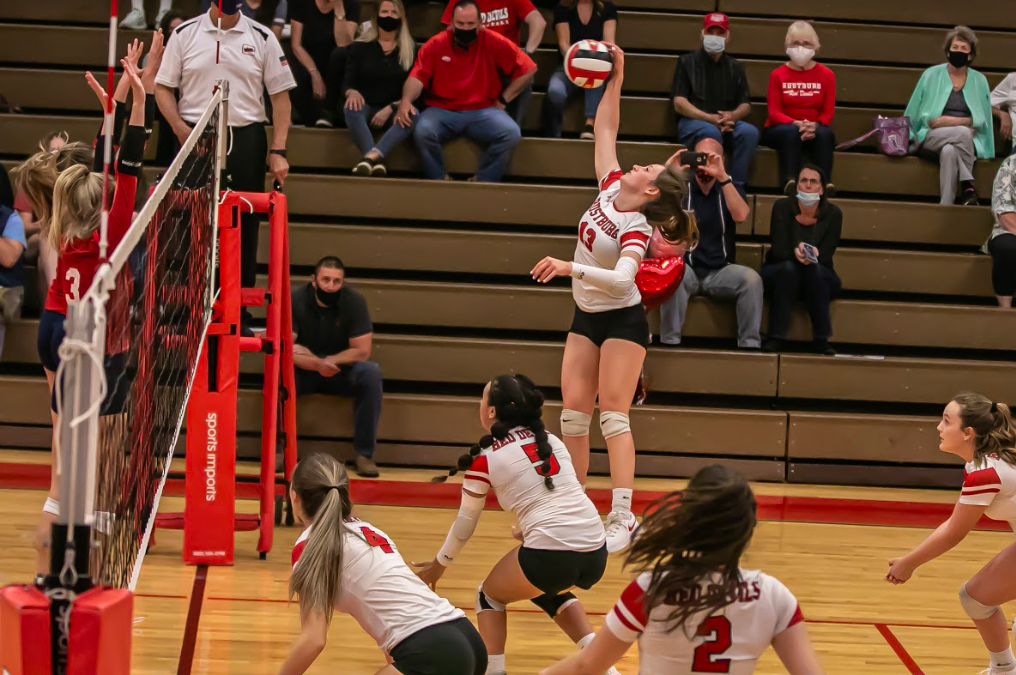 Eden Bigham throws it down.

Anna Maddox comes from the corner for a kill.

Meah Coles sets up a teammate near the net.

Eden Bigham throws it down.

Rustburg’s first set against LCA was a back-and-forth race to 25. Rustburg took an awfully close 25-21 win.

“The girls were nervous because of senior night and the first time playing in front of a lot of fans, but they did amazing,” Rustburg Coach Kristen Hardie said.

In the second set Rustburg found their rhythm and jumped out to an early lead with the help of Meah Cole’s 30 assists and 7 digs.  Parker Goldstein also played a big role in the middle with 4 Kills, 2 aces, and 3 blocks.  As Coach Hardie put it, they handled business in the second set, defeating LCA 25-13.

The third set was no different.  The Lady Red Devils played another strong match. With the help of Kate Hardie’s 12 kills, 13 digs, 4 aces and 2 blocks, Eden Bigham’s 7 kills, 4 digs and 1 ace and Anna Maddox’s 8 kills, 5 digs and 3 aces the Lady Red Devils dominated the corners and earned a 3-set victory over LCA.