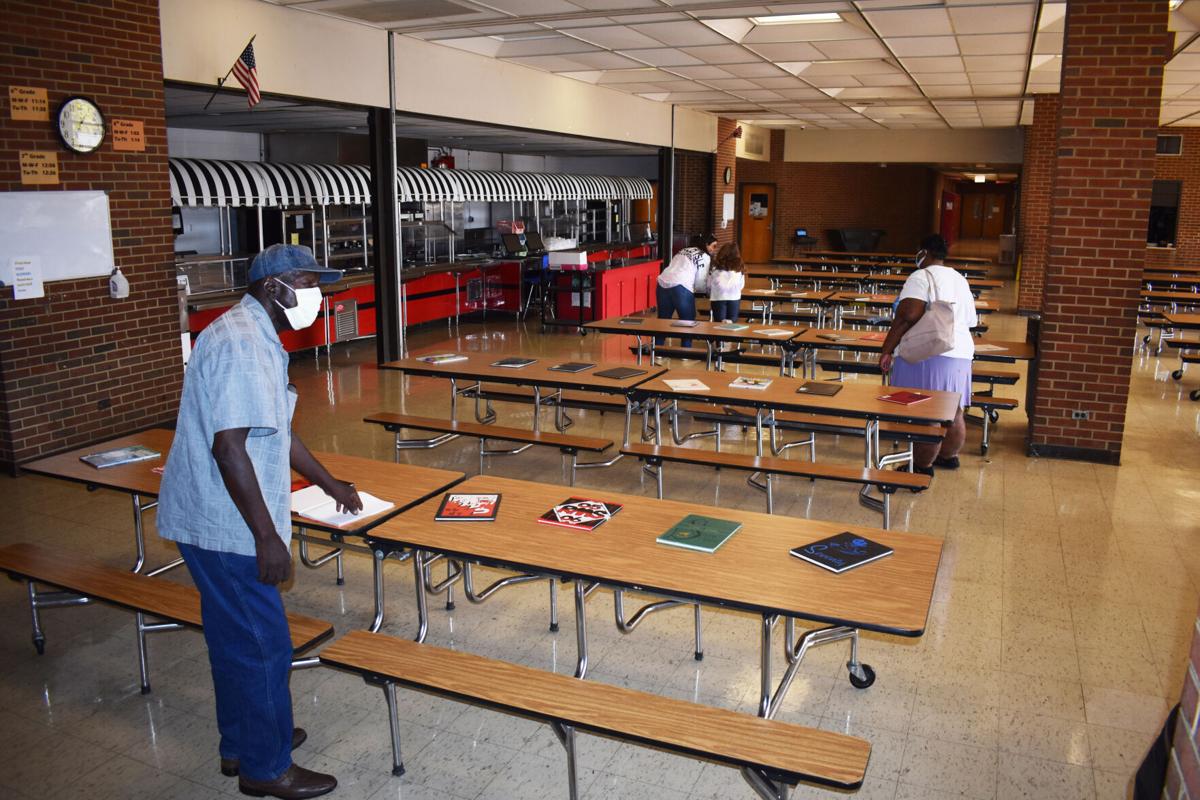 Former RMS students and their friends and family attended an open house at the school for one last look this weekend. 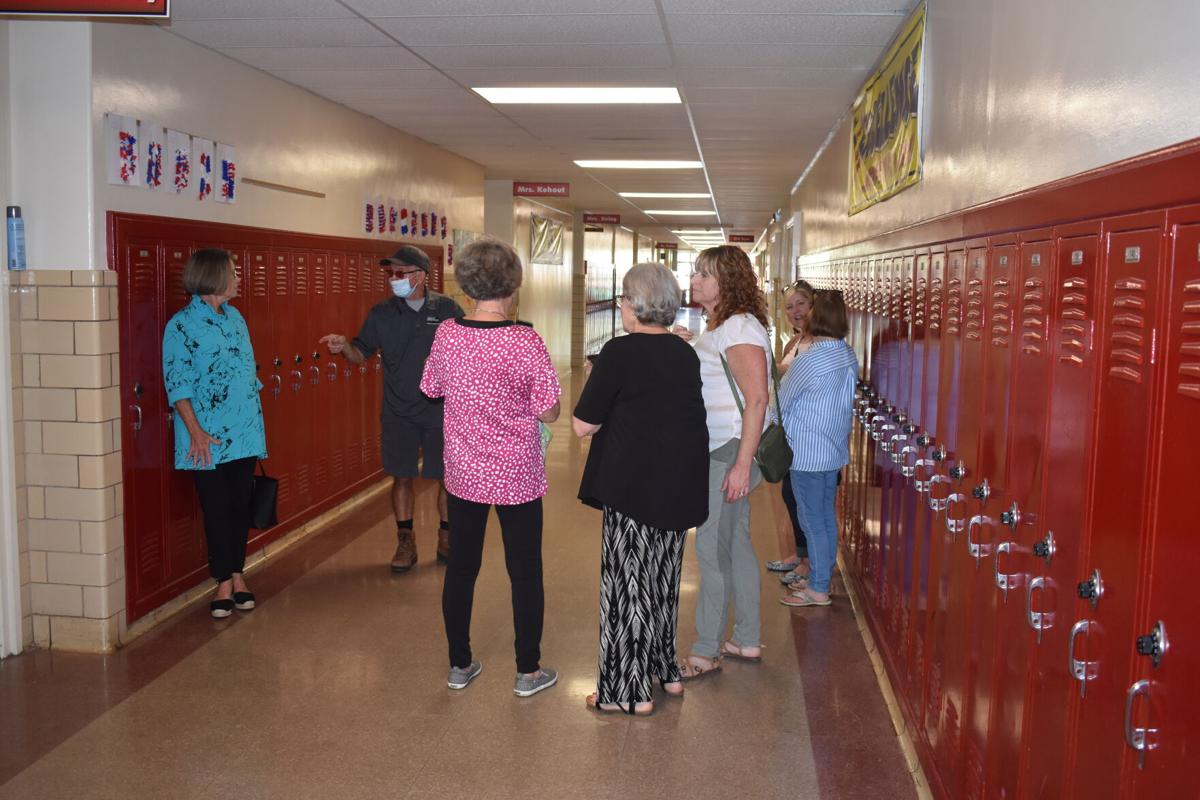 Visitors roamed the halls, sharing memories as they went. 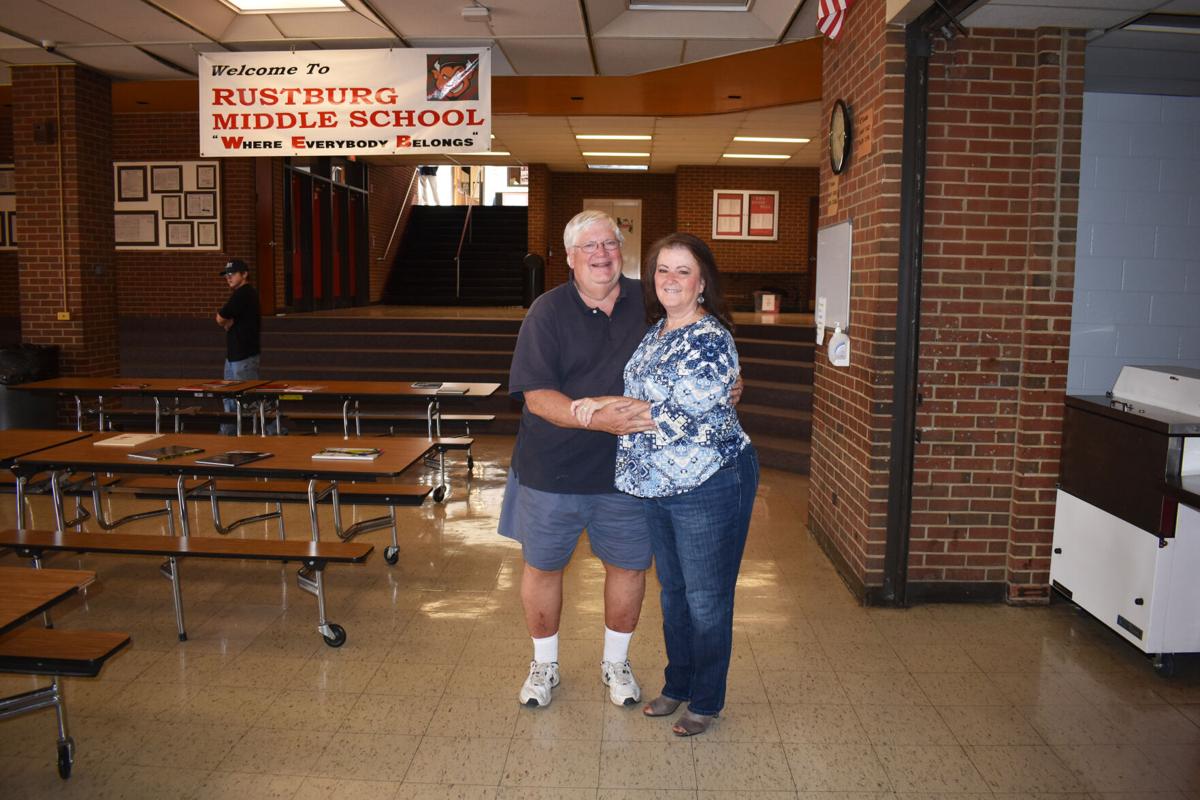 Donna Reichard (right) attended RMS for grades 7-12. She and her husband, Charlie England (left) attended the open house on Saturday.

Former RMS students and their friends and family attended an open house at the school for one last look this weekend.

Visitors roamed the halls, sharing memories as they went.

Donna Reichard (right) attended RMS for grades 7-12. She and her husband, Charlie England (left) attended the open house on Saturday.

Campbell County Public Schools hosted an open house over the weekend for those who wanted to visit the old Rustburg Middle School (RMS) building one last time before it is torn down and replaced.

For several hours on Saturday groups of the school’s alumni and their family and friends milled around the halls, some stopping to take pictures in front of lockers, others flipping through yearbooks that were laid out in the cafeteria.

“We recognize that this building is a great source of pride for those who attended school through its 102-year history,” a statement from the school system about the open house reads. “Come join us as we celebrate this building and look forward to the future of the new building opening in 2022.”

Rustburg Middle School served as the backdrop for the adolescent years of countless Campbell County natives during its lifetime. Hugh Rowland remembers often seeing Rustburg High School students walking between classes just yards away from the middle school building, and emphasized the sense of community it created.

“From the time you were in first grade, you saw students who were where you wanted to aspire to,” Rowland said.

“In a very real sense, it was a village,” he said.

Casey Carden, a classmate of Rowland’s, picked up a lifelong passion by watching older students.

He said his brother, who graduated from Rustburg High School in 1960, was quite an athlete, lettering in four sports. But the biggest impression his brother made on him came from a production of a musical called “Seventh Son,” which his brother performed in, even singing a solo.

Carden said he was unable to participate in a senior play, as his brother had when he performed in “Seventh Son,” but later went on to take part in many plays in the Lynchburg theater scene.

“My brother, though, was the inspiration for all of that,” Carden said. “Because I was so surprised that he could do that. I knew he was a great athlete, but to sing and dance and act, I had no idea.”

Throughout the open house, old classmates exchanged memories of things like class in Buckingham Palace, a metal annex once used by the school due to a lack of space, and chuckled about trips to the principal’s office.

Donna Reichard, class of ’76, remembered trying to sit close to radiators on cold, winter mornings at school. She said her favorite teacher was Carol DeJarnette, who taught typing classes.

“She had fun with the classes,” Reichard said. “She made them interesting and she gave me a hard time because I couldn’t type without looking at my fingers, so she would tape a piece of paper over the keyboard and make me put my hands up under the paper to type.”

Reichard said she hates to see the old building go, a sentiment that found voice at numerous board of supervisors meetings before the final approval of a plan last year to demolish the old school building and finish a new, 750-student capacity middle school in 2022.

Rowland said school officials have agreed to place a sign in front of the old school site once the project is complete next year.