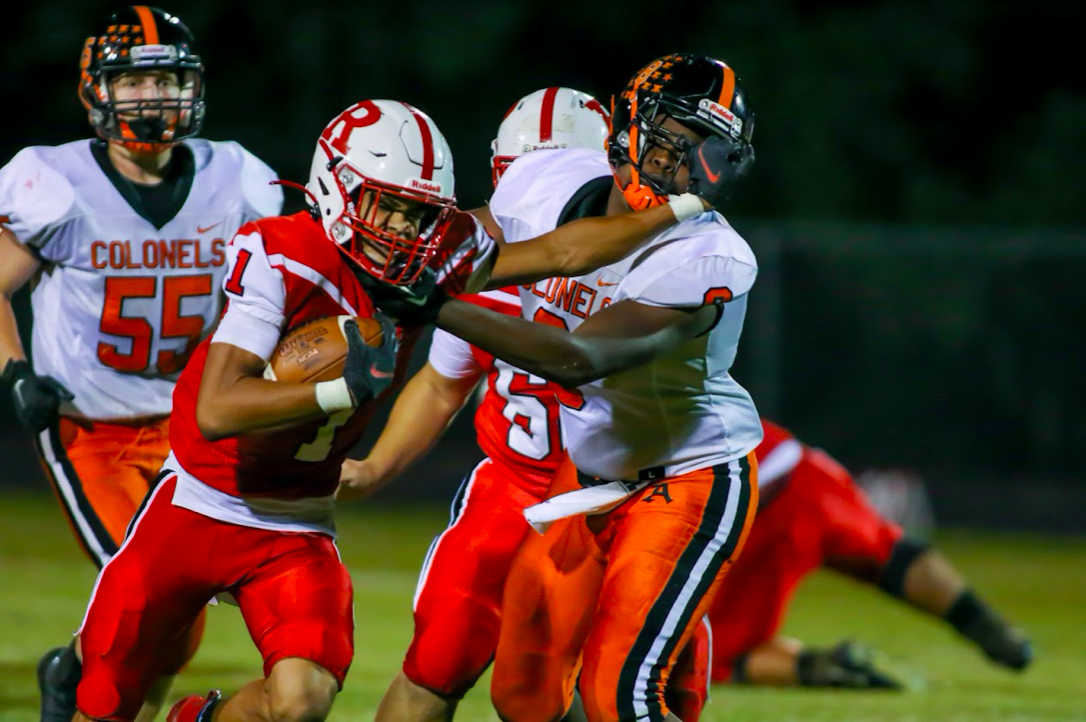 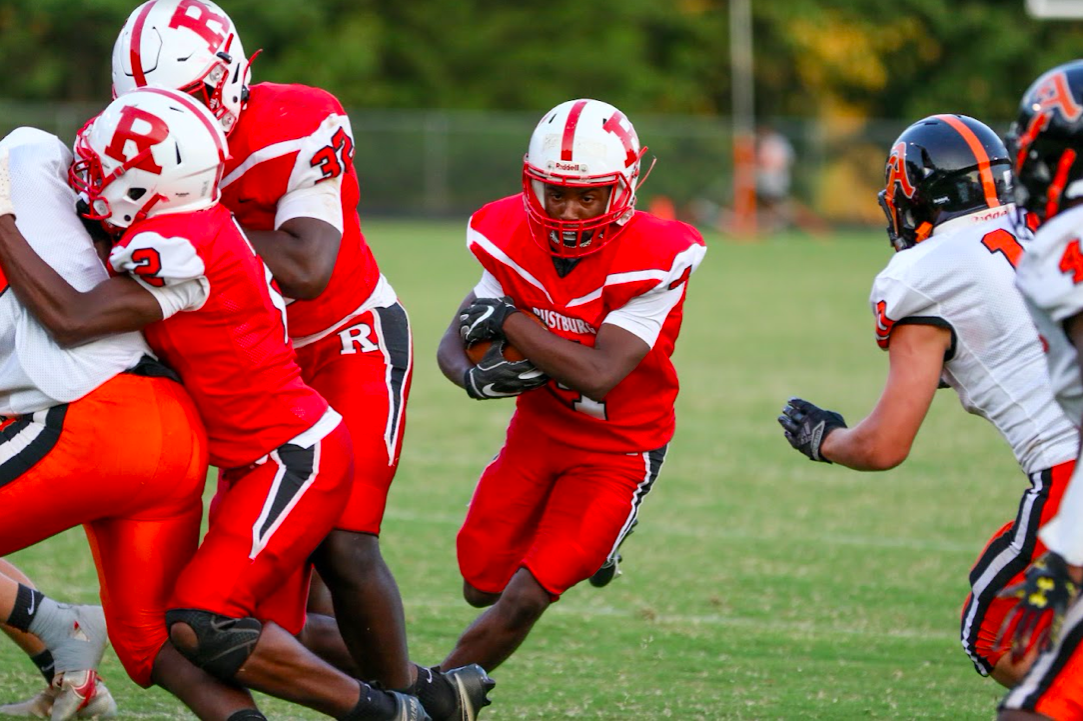 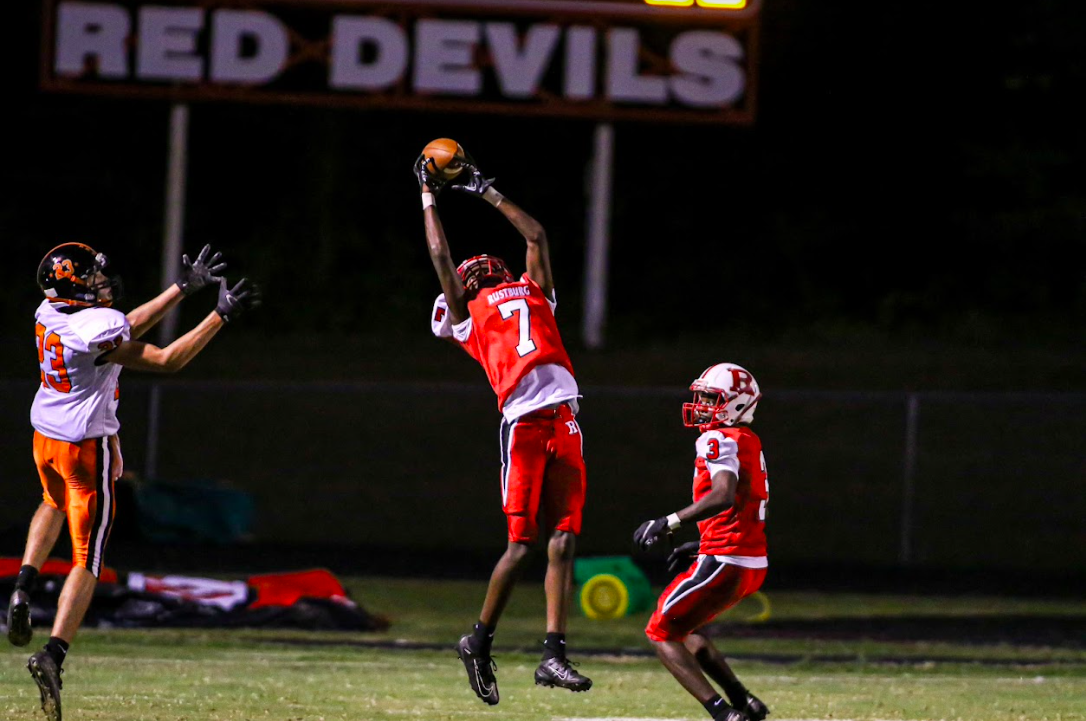 Rustburg's Amonte Thornton gets an interception. 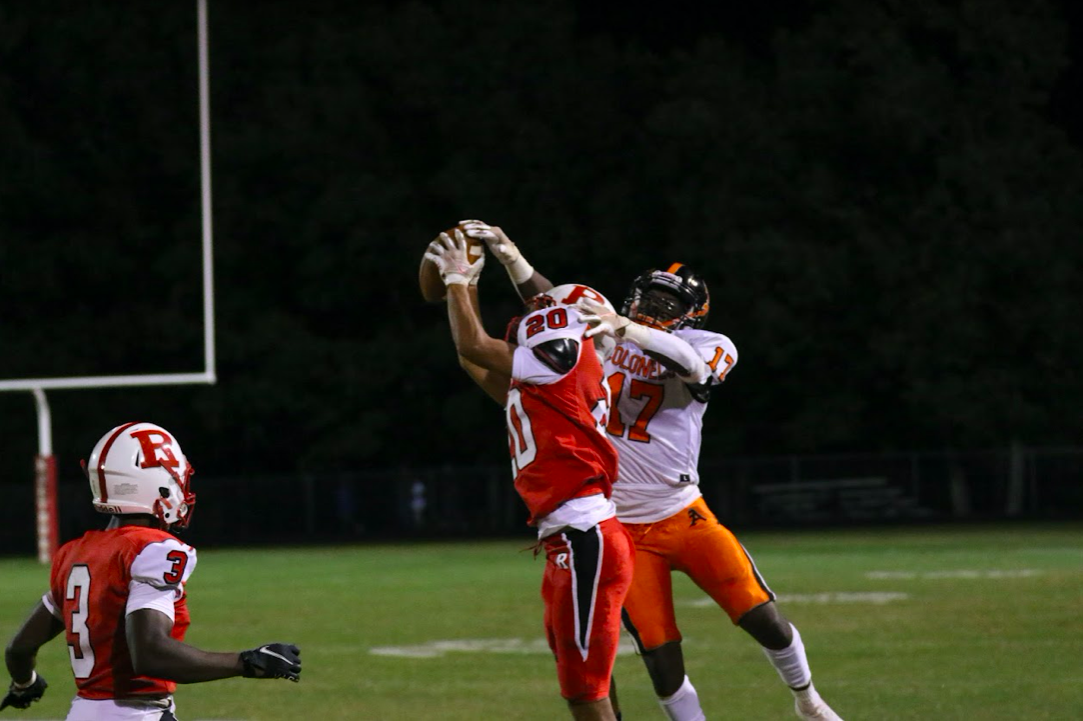 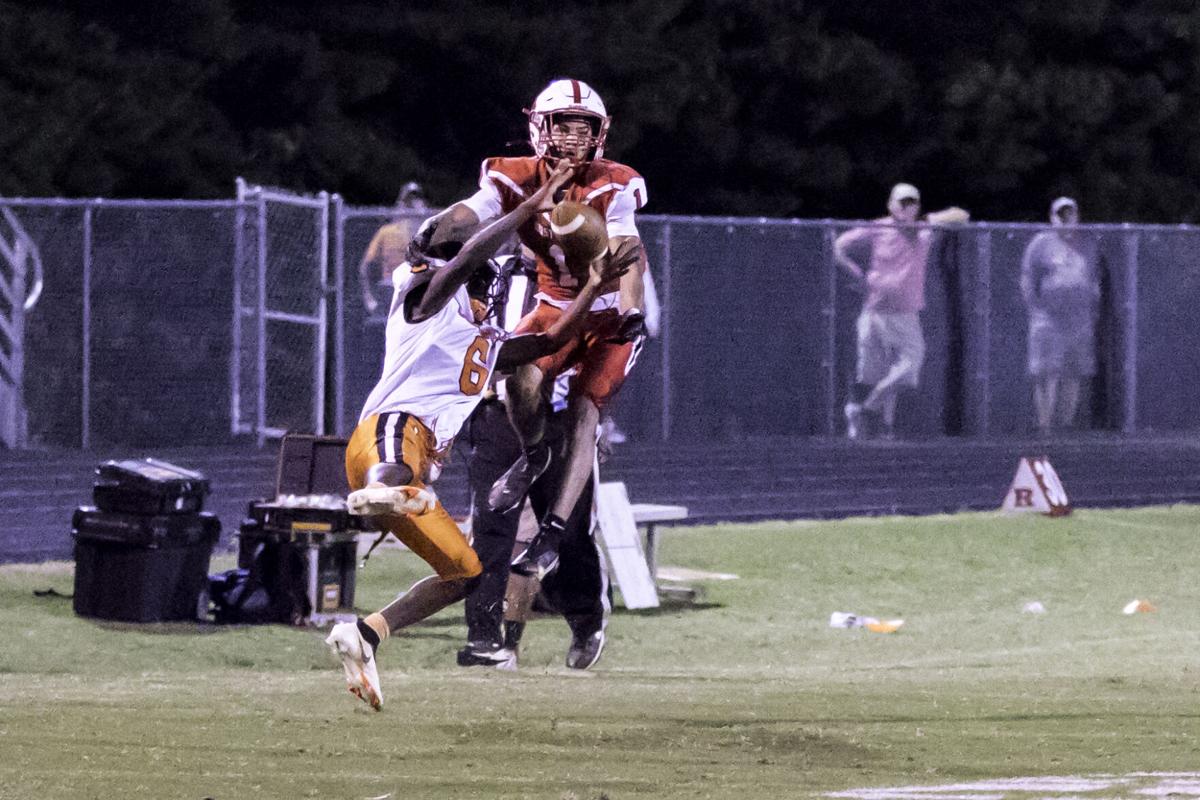 Altavista's Makel Stone (6) gets an interception.

Rustburg's Amonte Thornton gets an interception.

Altavista's Makel Stone (6) gets an interception.

The Rustburg Red Devils hosted their county rival Altavista this past Friday night, coming away with a 28-0 victory over the Colonels. Rustburg struck first as soon as they gained possession, marching 64 yards downfield, picking up five first downs in the process. Running back Ceyron Jones capped off the nearly eight-minute drive with a 3-yard TD run to give the Devils an early 6-0 lead.
Neither team scored in the second quarter, as both defenses settled in. The young Colonels remained close, thanks in part to stellar play from LaDanian Stone, Alexis Rodriguez and Landon Brown to keep the score at 6-0 heading into halftime.
The Rustburg offense got the ball moving in the third quarter. Ceyron Jones scored two more times, including an 81-yard TD scamper to give the Devils a 20-0 lead going into the final period. The Colonels defense forced four turnovers in the game, including a pair of interceptions by cornerback Makel Stone, but it wouldn’t be enough to get on the scoreboard, as Jones added his fourth and final touchdown to send Rustburg to a 28-0 shutout win. It was the Red Devils’ sixth consecutive win against Altavista.
Rustburg (2-1) will host the LCA Bulldogs (3-0) this Friday night. Altavista is scheduled to play Amelia County (2-0). Both games kickoff at 7 p.m.