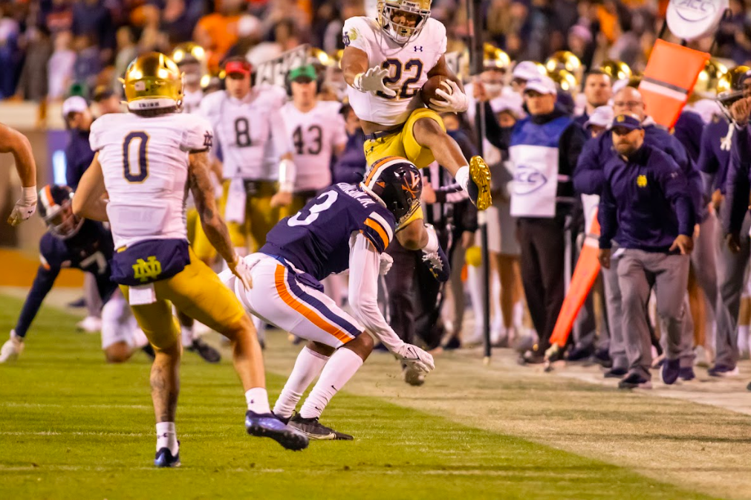 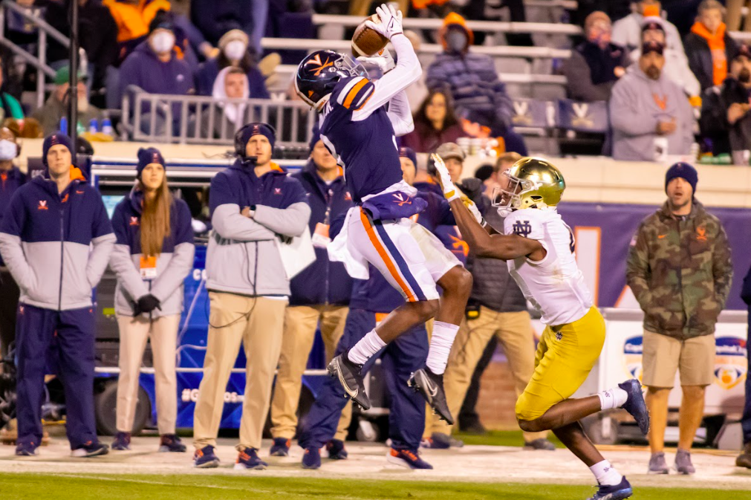 Virginia's Anthony Johnson Jr. takes to the air for an interception. 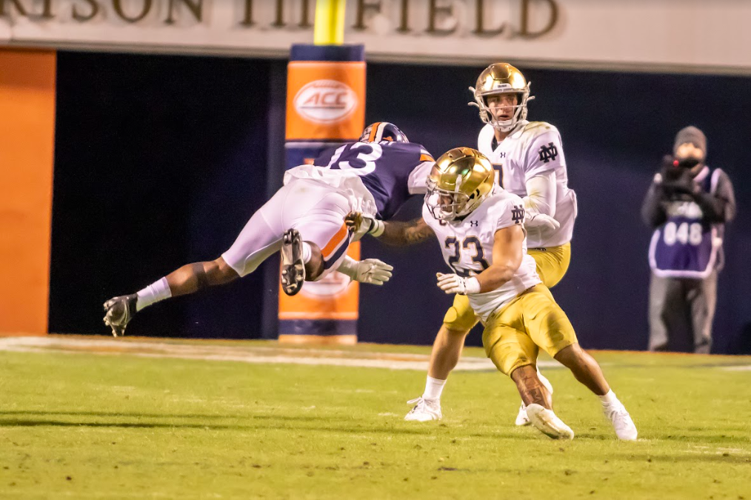 Virginia's Anthony Johnson Jr. takes to the air for an interception.

Notre Dame rode into Charlottesville Saturday night for the second time ever. It was their third matchup on the football field all-time against the University of Virginia. The Irish have won the last two. #7 Notre Dame had to keep their winning streak alive to give themselves a shot at making the national playoff.

Jack Coan (15/20 132 yards 3 td’s 1 int) threw 3 touchdowns which helped to extend Notre Dame’s winning streak against ACC teams to 23 games. In the first quarter Coan connect with Michael Mayer for a 6-yard TD to put ND on the board 7-0. In the second, Braden Lenzy caught a 4-yard pass from Coan and dove over the pile to put ND up 14-0.

UVA was playing without their star QB Brennan Armstrong who suffered a rib injury two weeks ago against BYU. Jay Woolfolk took the snaps Saturday night as a true freshman. Woolfolk went 18-33 for 196 yards and 2 interceptions. He was no match for Notre Dame’s strong front defensive line, as he was sacked 7 times.

The Irish Defense continued to hold strong only giving up 278 total yards. Coan connected with Kevin Austin with 1:41 left in the third for a 15-yard TD to put the Irish up 28-0.

UVA got on the board in the fourth with a 34-yard field goal from Brendan Farrell for the final score of the game.

Notre Dame is now 9-1 on the season after their 28-3 over the Cavaliers. Virginia dropped to 6-4 on the season.