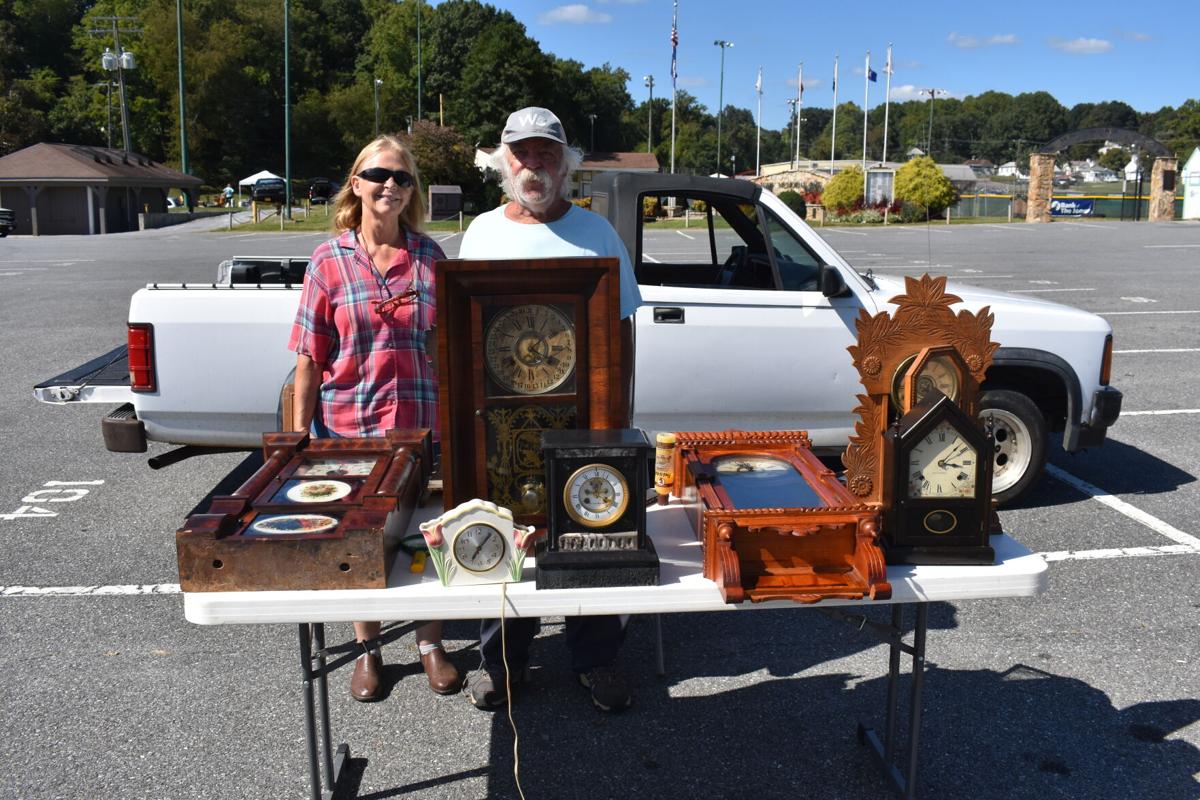 Pam (left) and Tommy Hall had an assortment of clocks for sale this weekend. 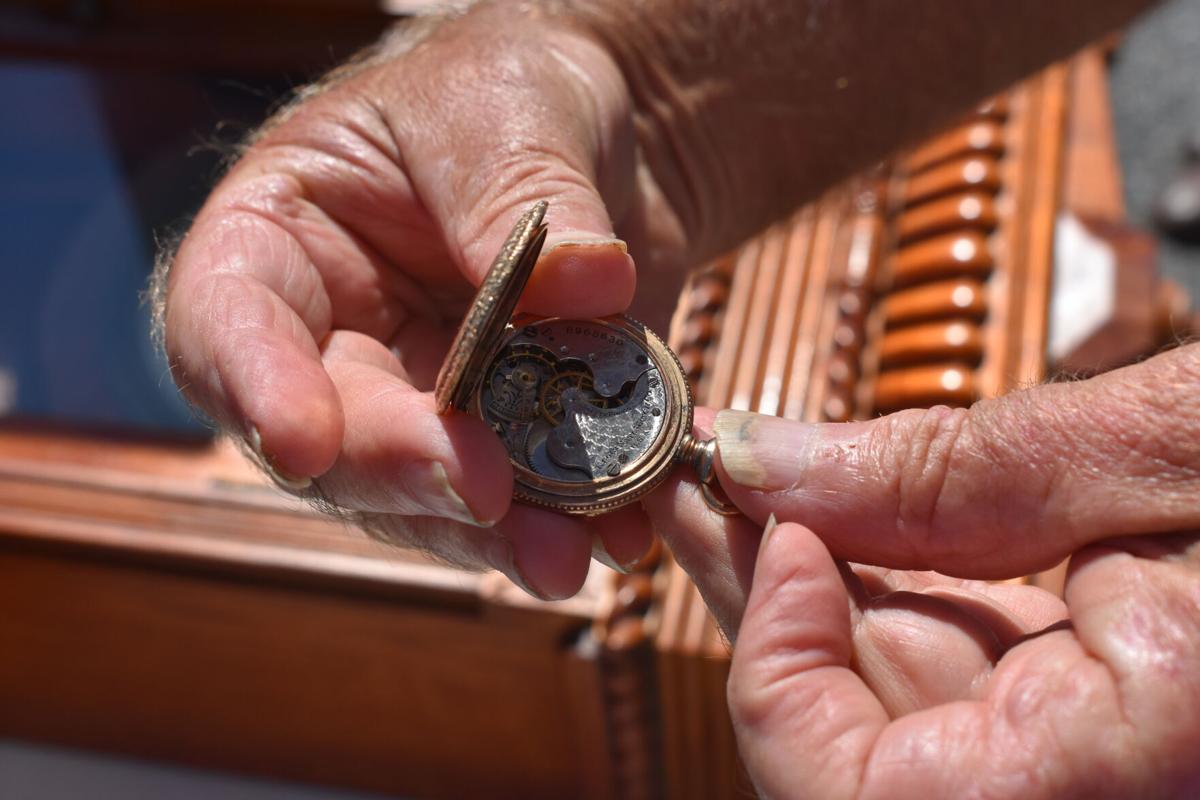 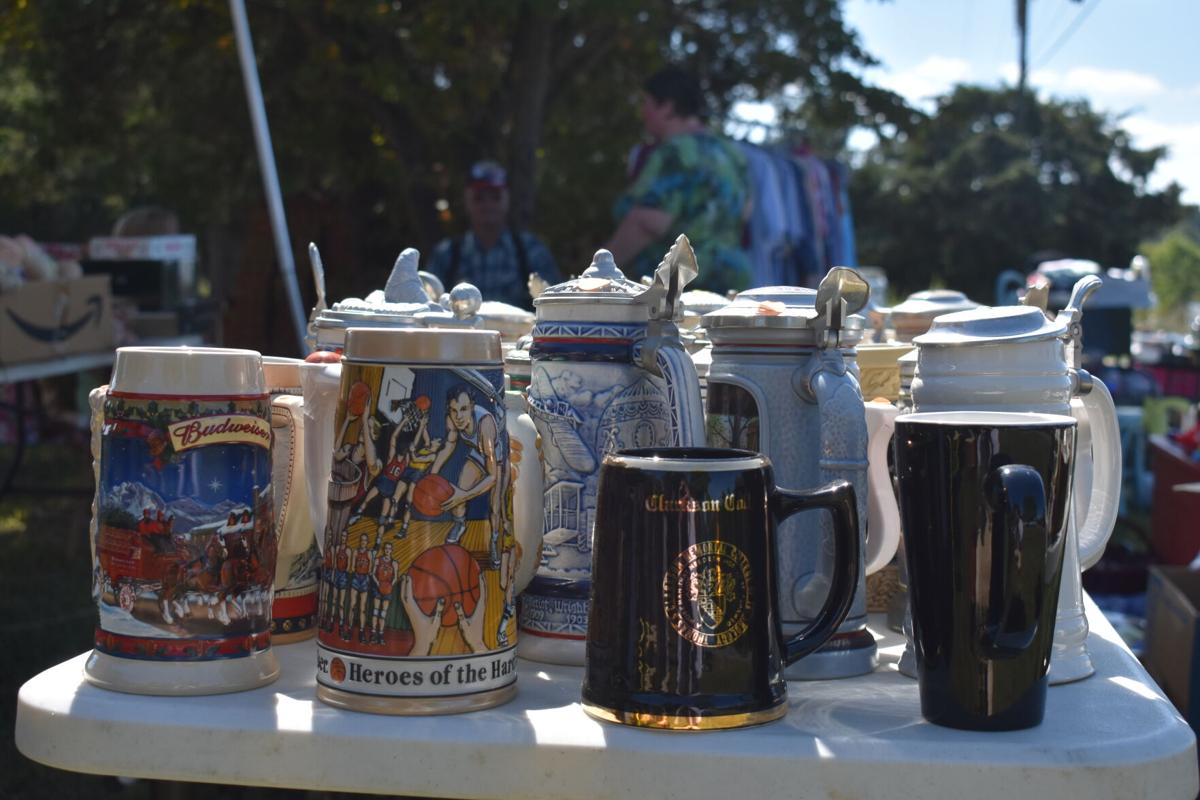 Mayhew and Mayhew-Ashworth had a table-full of beer steins for sale. 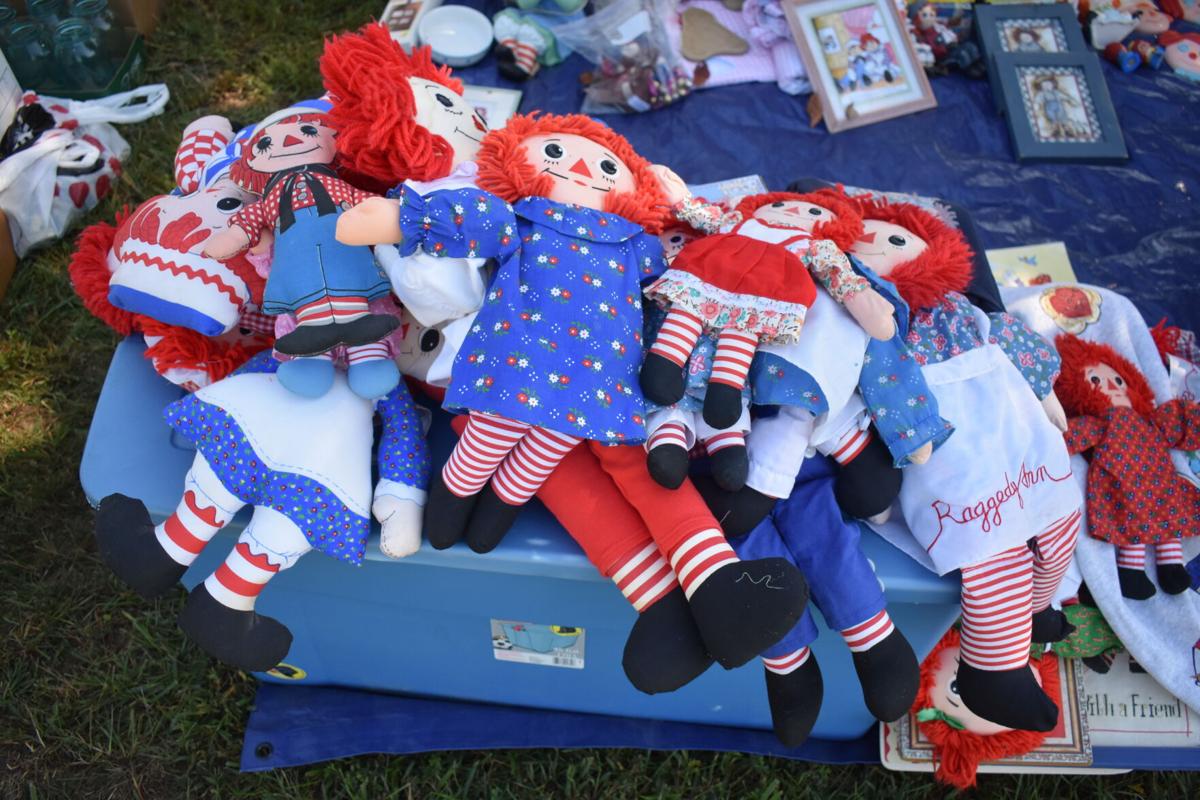 The pair also had an entire collection of Raggedy Ann dolls on display.

Pam (left) and Tommy Hall had an assortment of clocks for sale this weekend.

Mayhew and Mayhew-Ashworth had a table-full of beer steins for sale.

The pair also had an entire collection of Raggedy Ann dolls on display.

On its face, the 100-mile yard sale provides opportunities to make a quick buck or score a sweet deal. But for many, it meets an altogether different need.

The biannual event, which, in defense of those who don’t look forward to it does tend to cause traffic jams, also offers an opportunity for a kind of adult show-and-tell. Everyone has stuff in their closets and junk drawers that, if not worth haggling over, might at least spark a conversation. This is perhaps most true of collectors.

Pam and Tommy Hall for instance, first-time vendors at the yard sale from Grit who set up in the Altavista trade lot on Friday, had nothing for sale but clocks and pocket watches. Tommy Hall has collected them for nearly 50 years—a fact to which Pam, his wife, is quick to add: “I collect the dust off what he collects.”

Tommy Hall estimated he has 100 clocks and watches. For years, clocks filled the walls of his home, but much of his collection is now inside a shed he uses to work on them. He caught the bug as a young boy, well before he bought his first watch, a 23-Jewel Hamilton 950 railroad watch, shortly after turning 20.

“My uncle had pocket watches,” Hall said. “He’d look up at the sun and he’d tell you what time it was. Then he’d look at his watch and he’d say ’12 o’clock,’ or whatever. And I was intrigued by that.”

The Hamilton 950 remains Hall’s favorite watch to this day. Though he has since sold the first one he purchased, he keeps another one in mint condition.

At his table, Hall had a Seth Thomas weight-driven clock, a calendar clock and several others. His favorites are fancy Kroeber clocks, which can be moved, he explained, “without taking the pendulum off or messing the springs up.”

A plumber, pipe-fitter and welder by trade, Hall explained every detail of a 15-jewel Elgin pocket watch he had also brought to the sale. Each jewel inside of it is placed at one of the watch’s pressure points, which require oiling to keep the gadget running smoothly.

When asked why he has such a strong interest in clocks and watches, Hall said he enjoys:

One of the highlights of Hall’s collecting career was a trip to the National Watch and Clock Museum in Columbia, Pennsylvania, where he saw a roughly 12-foot-tall clock that he said took 20 years to make. It produced a different mechanical mini-show four times per hour, like a parade of several of Jesus’ disciples, among others.

“It’s worth the trip up there to just watch it,” Hall said.

Cousins Roger Mayhew and Nancy Mayhew-Ashworth of Gretna had a less-focused array on display for this fall’s 100-mile yard sale. They set up just south of Wayside Park next to US-29 North.

A pile of Raggedy Ann Dolls here, a table covered in beer steins there, one might have called their sale a collection of collections. The collectors themselves have been going to yard sales for the last 10 years. Mayhew said he relies on his cousin to help him negotiate.

“She has to tell me what to pay for stuff,” he said.

They had set up for several 100-mile yard sales in the past at Watts Realty and Harvest Jubilee Church, but opted this time for a shadier location.

“It’s usually just an exchange of stuff, and of course we’ve got stuff here that my grandparents had, and my mother and dad,” Mayhew said. “We’re just trying to process it through, let somebody have it that will use it.”

But, the cousins allow that the stack of quilts they also had for sale stems from a shared passion.

“Homemade quilting is an art that is dying in the South,” Mayhew-Ashworth said. “And when we run across a homemade quilt, handmade quilt, we want it.”

Mayhew’s granddaughter, Laurie Roach, also joined them, but she didn’t have any items for sale. She said her favorite part of the 100-mile yard sale is: “Meeting interesting, new people, that I probably would not have met.”