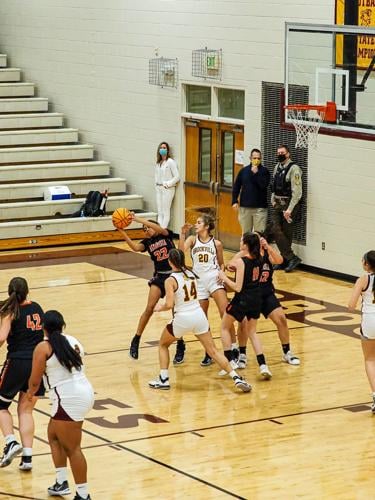 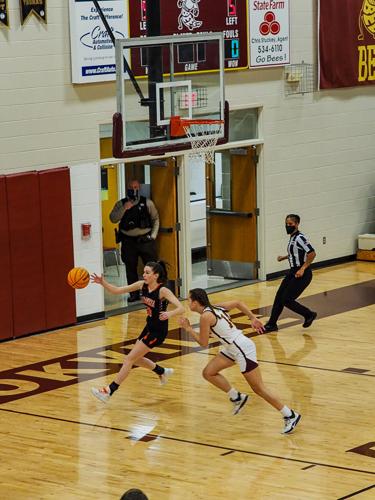 Altavista's Keegan deBernard (11) corrals the ball with a defender close behind. 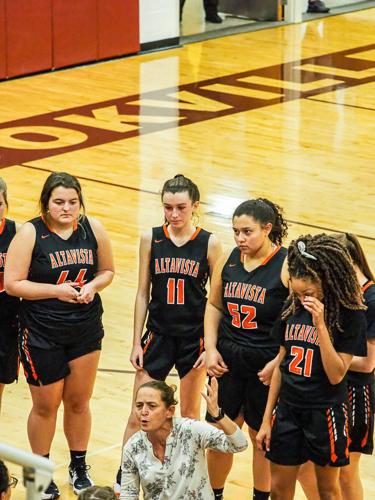 Altavista listens to head coach Debra Spencer during a break in the action. 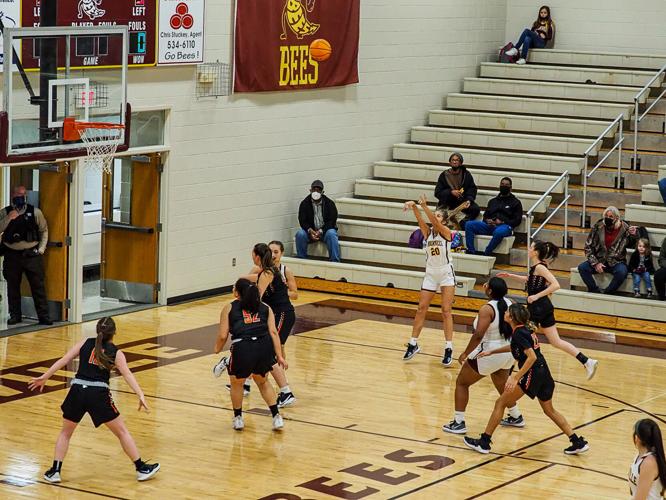 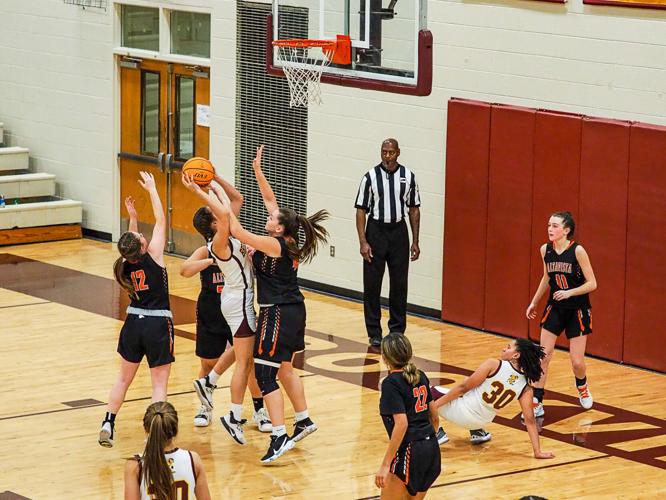 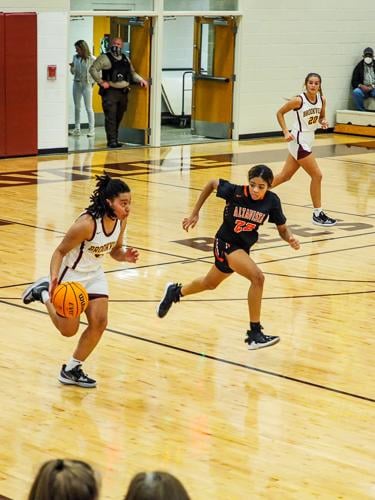 Altavista's Keegan deBernard (11) corrals the ball with a defender close behind.

Altavista listens to head coach Debra Spencer during a break in the action.

The Altavista girls varsity basketball team continued their early season hoops journey on Wednesday night, traveling to Lynchburg to face Brookville. The Bees came out on top by a margin of 34-26. The Lady Colonels came into this contest fresh off of a home win over Cumberland earlier in the week. Altavista jumped out to a 12-9 lead after a physical back & forth opening quarter of play, but Brookville caught fire from three-point land in the second period and slowly built a 25-16 halftime advantage. The Colonels outscored the Bees 10-9 in the second half, but it wasn't enough as Brookville was able to hold off any comeback attempts down the stretch.

Altavista was led in scoring by senior Keelie Dawson with 8 points. Chamille Pennix tallied 6 points and Keegan deBernard added 4 points for the Colonels. Zanaisha Watkins led the Bees with 8 points and Kayleigh Dobyms added 6 points. Both hit two three-pointers each in the win. Altavista (3-2) hosts Appomattox on Tuesday night with the JV game tips off at 5:30 p.m.