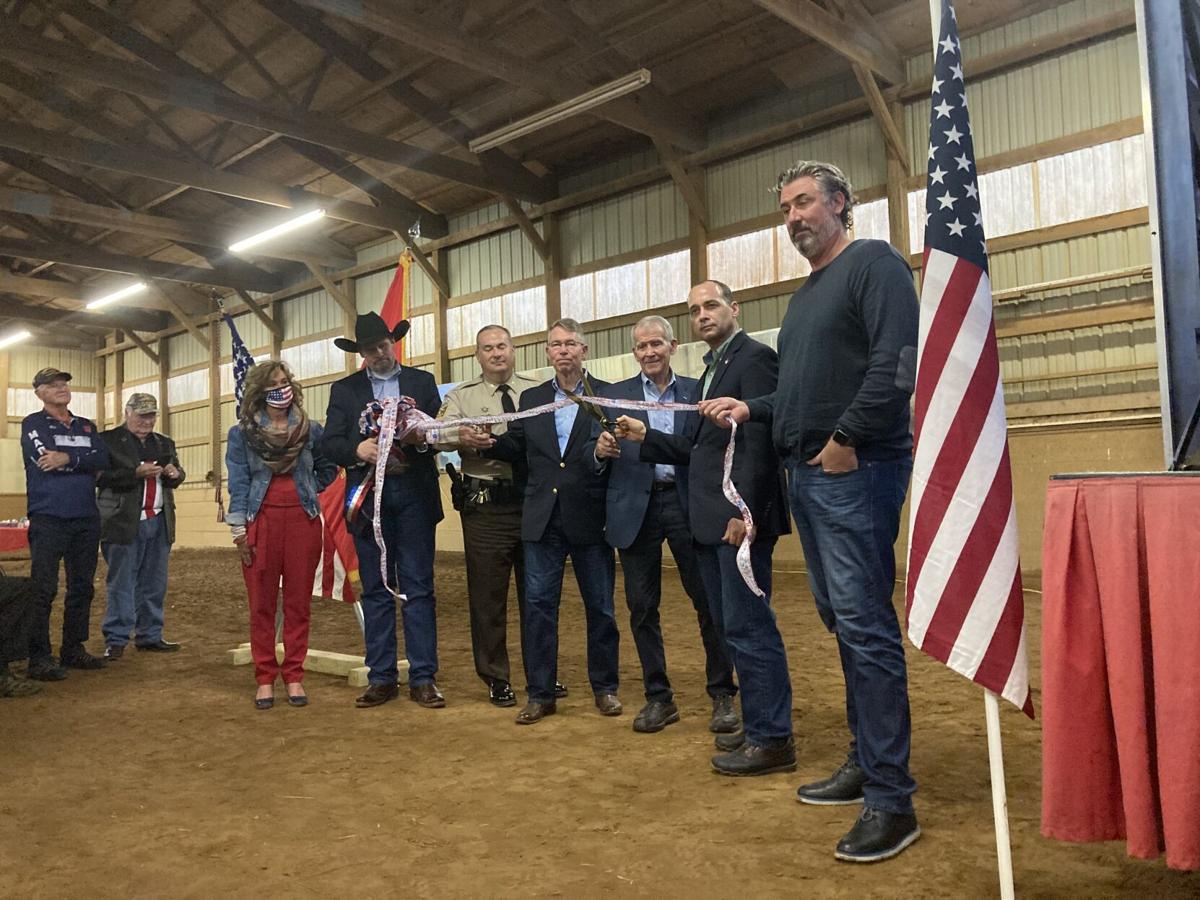 North, center, with scissors, was the event's keynote speaker. 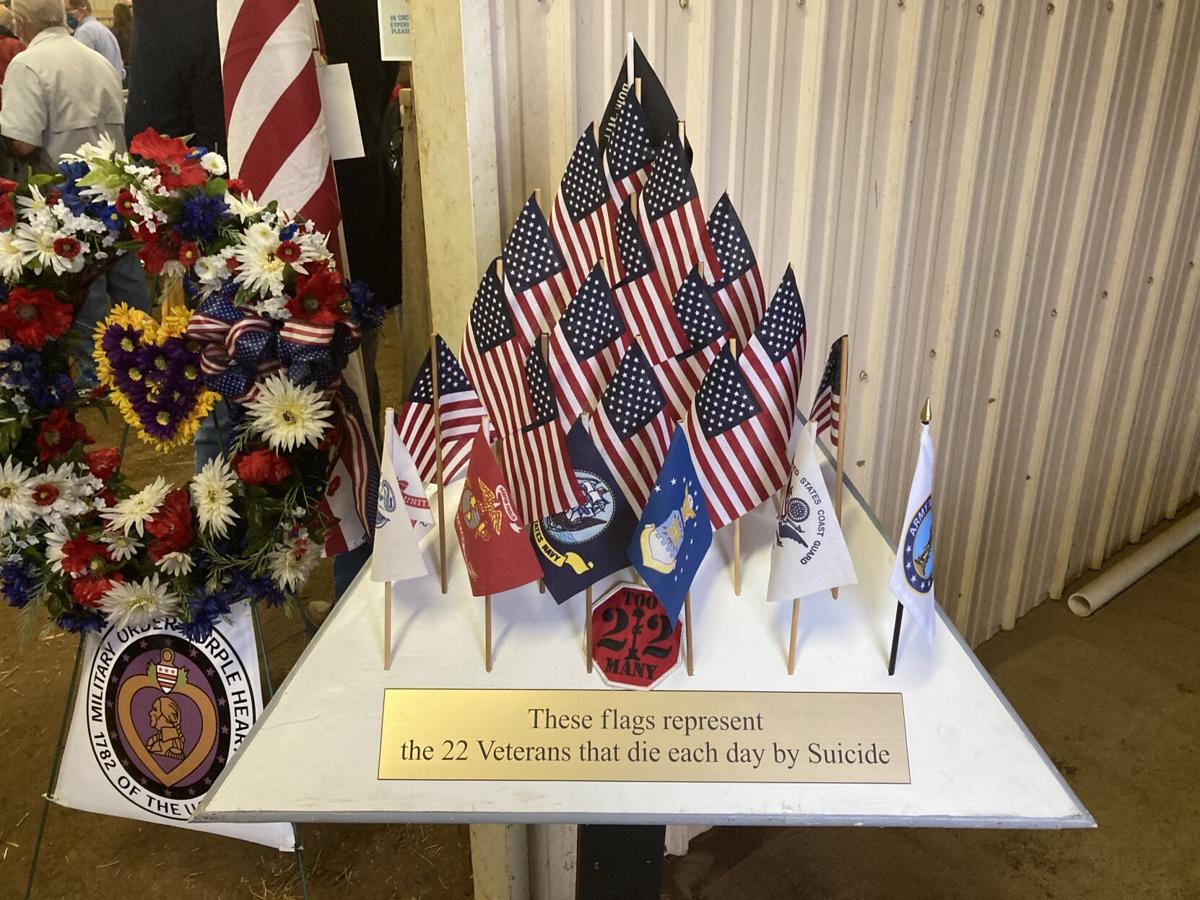 Valor Farm was designed with the goal of bringing veterans to full health in a holistic way.

North, center, with scissors, was the event's keynote speaker.

Valor Farm was designed with the goal of bringing veterans to full health in a holistic way.

“Hooah!” yelled Retired Brigadier General Jeffrey Horn to the crowd that had gathered before him on Veterans Day last week.

Cheers followed as the ceremony for the National Center for Healthy Veterans’ ribbon-cutting and ground-breaking at its new Altavista facility on Wards Road, called Valor Farm, began.

Speakers at the event included Lieutenant Colonel Oliver North, former host of War Stories on Fox, the event’s host, General Horn and director of the new facility’s board, Bob Dees.

Dees said in an interview that on the day of the ceremony he spoke with Valor Farm’s first resident or “patriot,” as they are referred to, a veteran from Missouri.

“He told me today he hasn’t had a bad day here yet,” Dees said.

That patriot is the first of what Valor Farm’s leaders hope is many more veterans who will come to call the property home. Valor Farm was designed as a community for veterans to live, gain job skills and receive spiritual guidance and counseling. After obtaining the Campbell County Board of Supervisors’ approval this fall, construction at the property has begun.

Dees said there is already a long waiting list to get into the center, and that current plans are for its first four homes to be completed by January. The center then plans to finish its first village of 20 homes sometime next spring.

Several times during the afternoon Dees called veterans an “untapped national treasure.” He said he believes Valor Farm can help veterans achieve health in a holistic way, and also that healthy veterans will help the rest of the country.

“We want to put them back on the ladder of opportunity so that they can go be that next generation of great leaders, entrepreneurs, role models, missionaries for racial reconciliation in our country. They understand in the meritocracy of the military, that the person on your right and left regardless of race, color, creed bleed the same red blood,” Dees said.

North is himself a combat decorated veteran of the Marine Corps, who also served as the Counter-Terrorism Coordinator on the National Security Council staff and as the president of the National Rifle Association, according to his website.

According to the National Center for Healthy Veterans, only about half of the veterans who need mental health treatment have received it from the VA, despite high suicide rates among veterans.

“Organizations like this are absolutely essential to recovery of veterans and then returning them to the rest of society as productive people,” North said about the new facility.

“I’m very thankful to the Board of Supervisors in Campbell County, my former board, for approving this exciting adventure to honor and care for our veterans,” Good said in an interview after the event. “It’s so impressive to have such a huge crowd turnout, especially on a stormy, rainy day. And it is a privilege to be a part of honoring those most deserving of honor, our veterans.”

Others present at the ceremony included the Campbell County Sheriff’s Office, the Altavista Police Department, members of the Altavista Town Council and town staff members, Liberty University ROTC members, Virginia State Police, VDOT and Daniel Gade, a veteran who recently ran for the US Senate and has served in President George W. Bush’s administration and taught at the United States Military Academy.

Some at the event, like Helen Jackson, travelled from several states away just to see the new facility. Jackson travelled from Georgetown, Texas, where she runs an organization called Troopers Hope that is working on new medical techniques to help veterans.

“I’m just so proud of what they’re doing,” Jackson said. “This was an amazing event, and I feel as an American, I’m privileged to be here.”