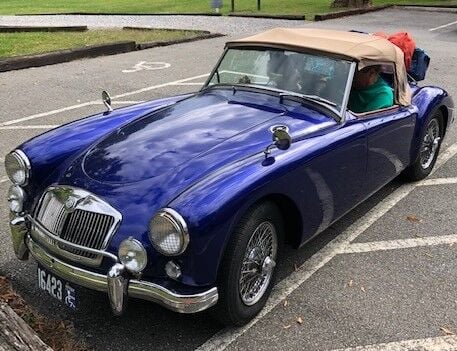 Members of the Tidewater MG Club came for a tour recently at Avoca Museum. 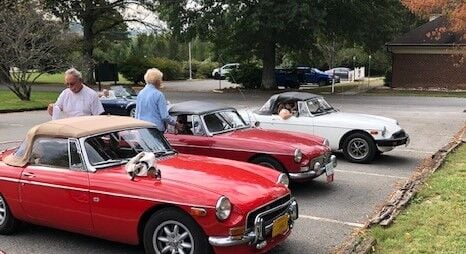 The club's tour was given by museum docent Marindy Hutcherson (not pictured) of Lynch Station.

Members of the Tidewater MG Club came for a tour recently at Avoca Museum.

The club's tour was given by museum docent Marindy Hutcherson (not pictured) of Lynch Station.

Avoca Museum hosted a group of 17 tourists from the Tidewater MG Club on Monday, October 4. Avoca was the last leg of the group’s 4-day tour of Central Virginia and the surrounding area.

Bob McKenna, currently of Towson, Md., said the tour was arranged back in the spring when he was still a resident of the Tidewater, Virginia, area. McKenna said all of the people in their group own British-made MGs from the 1950s to 1980, “although some of us didn’t drive them. Some weren’t running,” he said, with a laugh.

McKenna said the first weekend in October was chosen for their tour for one reason: available lodging. “There wasn’t a single home football game for UVa, Tech or Liberty … all the stars came together,” he said, adding, “It turned out to be great … wonderful weather.”

Before the group caravanned to Avoca, they visited some of the area’s other sites: Swannanoa, an Italian Renaissance Revival mansion constructed in Afton in 1912 by millionaire/philanthropist James H. Dooley; the majestic Natural Bridge; historic Fincastle; and Thomas Jefferson’s Poplar Forest followed by a trip to nearby Apocalypse Ale Works, both in Forest.

McKenna reported that “everybody was very impressed with (Avoca),” marveling at the craftsmanship of the mansion as well as the grounds.

“Who maintains this? This is unbelievable!” were comments McKenna recalled hearing from his fellow travelers.

“Nobody had any idea there was such a place in Altavista,” McKenna said. “Even my mother, who is from Lynchburg, hadn’t heard of it.