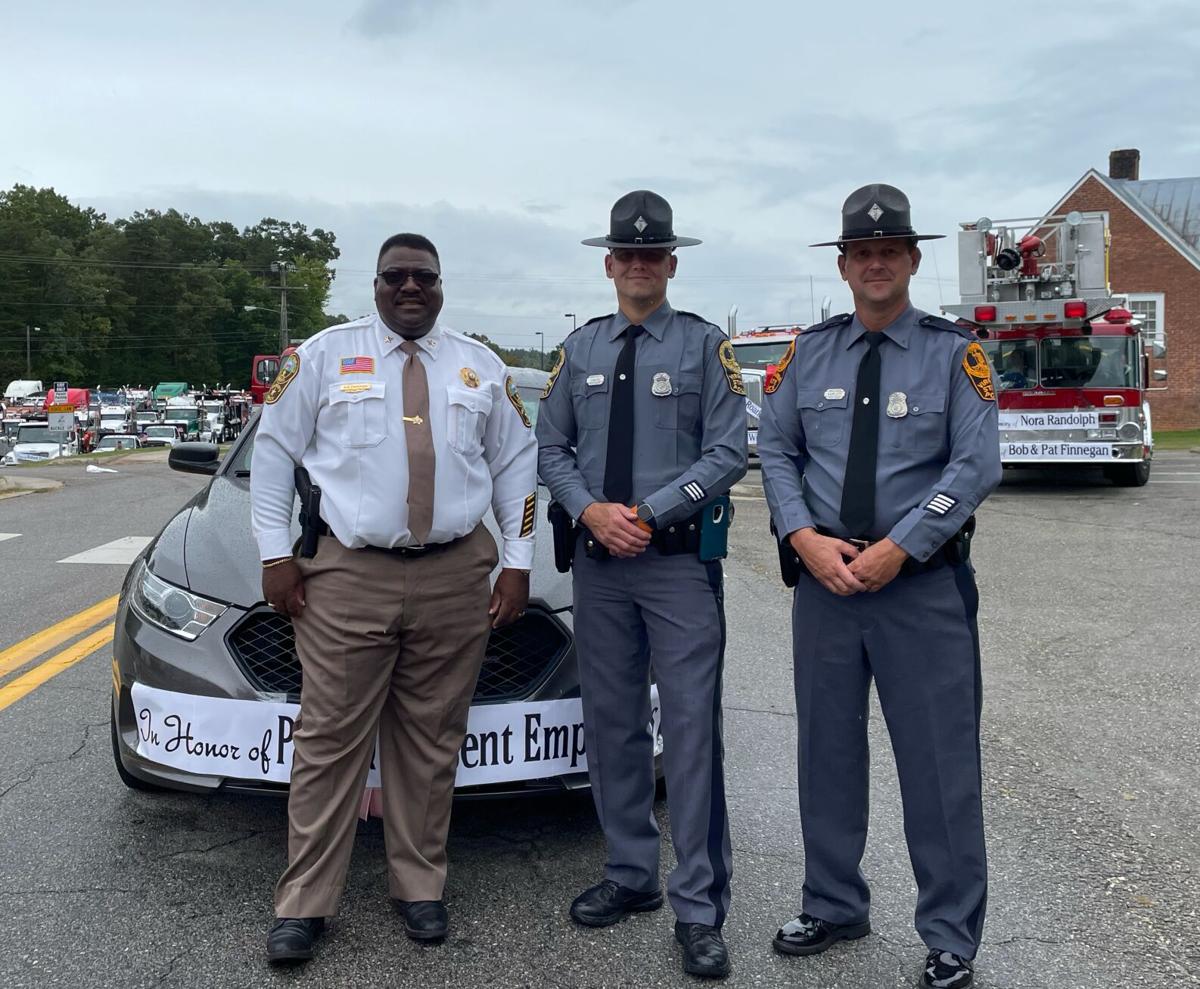 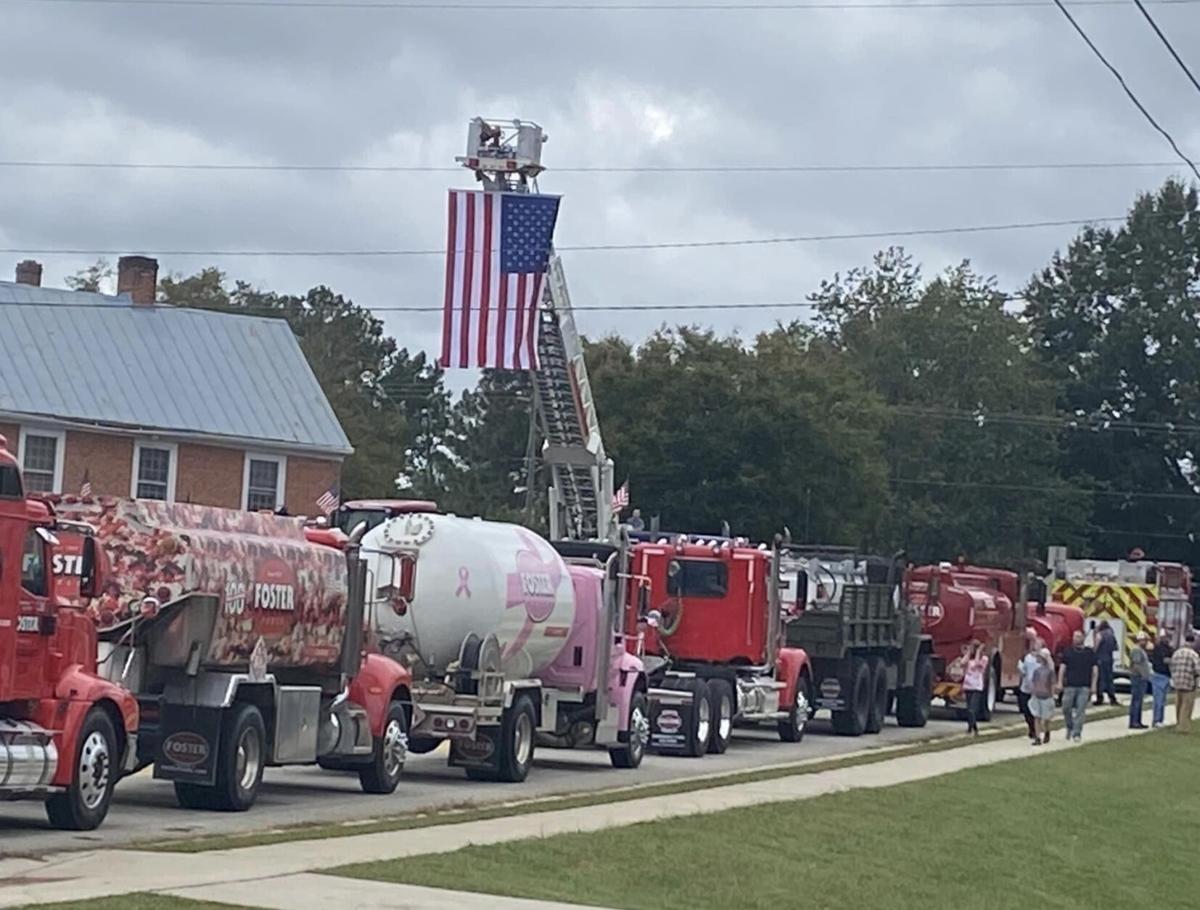 The event typically raises hundreds of thousands of dollars for cancer research.

The event typically raises hundreds of thousands of dollars for cancer research.

Virginia State Police (VSP) personnel once again participated in the annual Truckers' Parade Against Cancer (TPAC) event in Charlotte County. This year's parade took place Saturday, October 9, with more than 230 trucks participating in the program's 20th year.
On display were 330-plus banners representing individuals who are fighting cancer or honoring those who lost their battle to the disease. The benefit typically raises around $150,000 that is donated to the American Cancer Society for research purposes. The parade is approximately 15 miles long and begins in Charlotte Courthouse at Drakes Branch and ends in Keysville.
This year, the Virginia State Police Safety Division's Motor Carrier Unit had two entries in the parade:
Trooper Coates and Trooper Hamlett have been involved in the event for several years in an effort to help find a cure for this disease. This year they were also joined by Charlotte County sheriff Royal Freeman.
Trucking companies involved with TPAC provide donations, trucks and drivers to make the event possible. A VSP statement expressed the pride the group feels to be involved with TPAC.
"The VSP Motor Carrier Unit is proud to support this organization and all individuals involved in a joint effort to help find a cure for cancer," the statement reads.