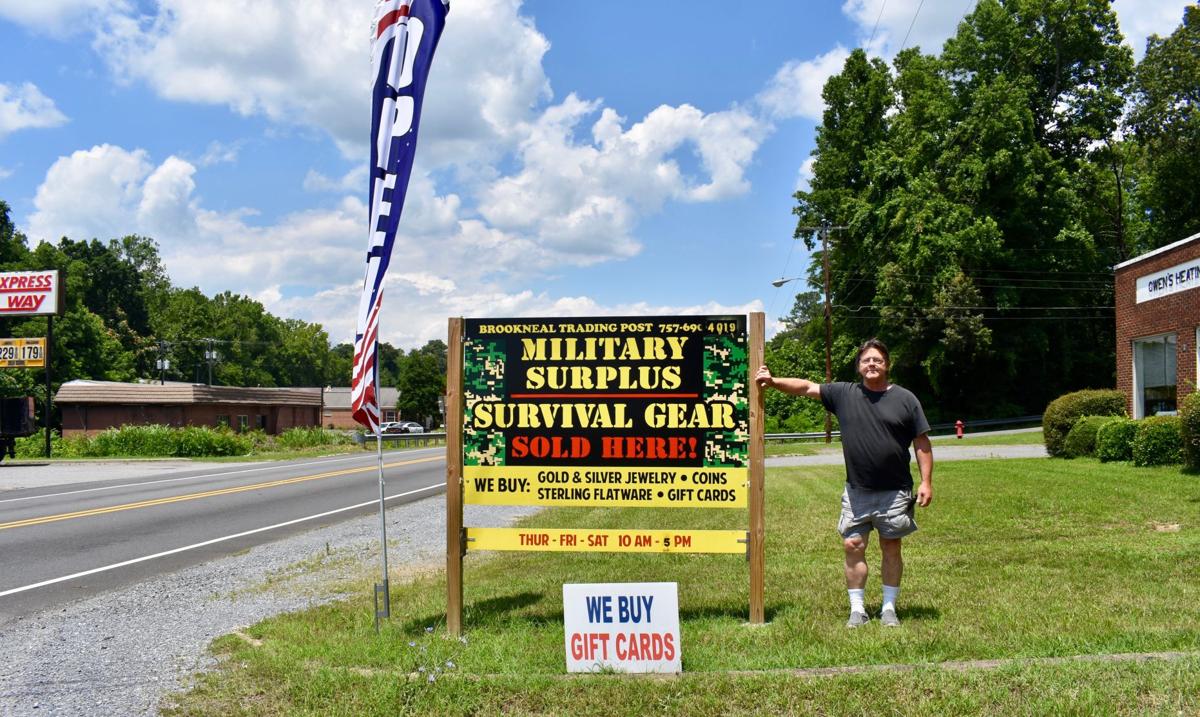 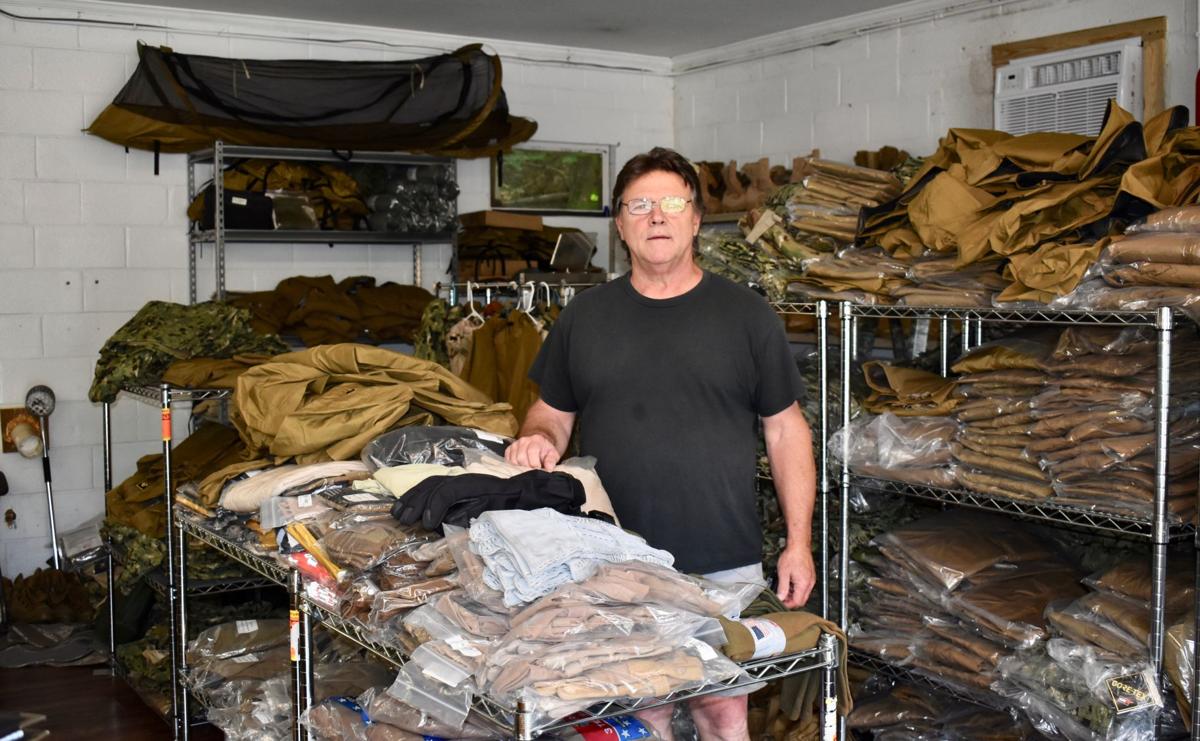 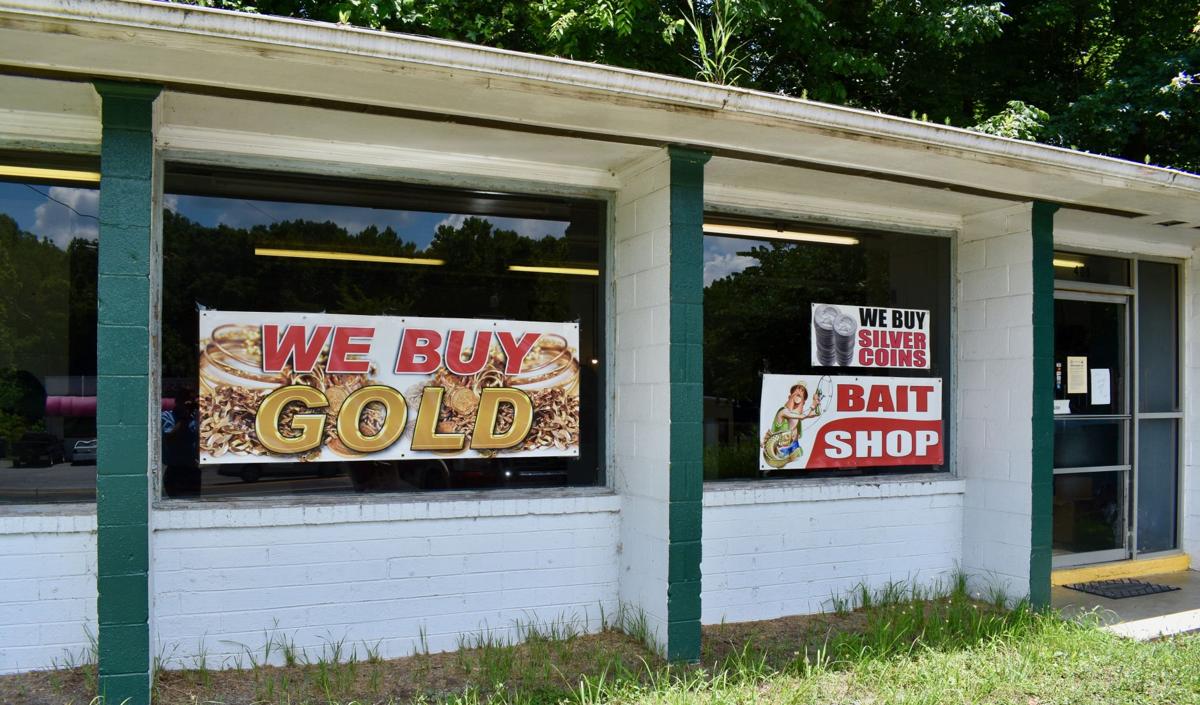 Perhaps it is Brookneal’s best-kept secret, but there is a small shop on Lusardi Drive that sells military surplus. And it’s not the cheap, made-in-China knock-offs, either. Kenneth Cantrell at the Brookneal Trading Post specializes in U.S. military surplus and merchandise which is made in the U.S.A.

Cantrell opened the shop in September 2019, but he has long experience in running a military surplus store. He previously owned a similar store in Hampton, Virginia. And while currently a large percentage of his business is transacted online, he hopes to draw in a bigger local customer base.

The shop offers all manner of used and new military surplus, including clothing (such as shirts, pants, coats, vests), boots, army duffel and tote bags, tents (one and two man combat tents, as well as pop-up mosquito tents), MREs, and more. It does not sell guns, knives, or ammunition. Cantrell reports that the most popular items are Goretex jackets and pants.

In addition to military surplus, the Trading Post also buys and sells gold and silver. Furthermore, the store – located about a mile from the Staunton River and the Brookneal boat launch – sells fishing bait.

Cantrell explained that he and his wife, Debbie, moved to Brookneal to get away from the rising crime of the Hampton Roads area and to enjoy the more peaceful life of small-town Brookneal.

“I’m a prepper,” he explained. “I bought some cheap land out here about six years ago. I needed a place to run if things got bad in a populated area like Tidewater.

“About one and a half years ago my wife and I decided to move away from ‘the thugs and the mugs’ that were becoming more prevalent in the Tidewater area.” They were ready to get away from the violence and tense race relations.

Debbie is retired from NASA, and Kenneth has a Social Security income; the earnings supplement it.

“It’s peaceful here. It’s a good place to finish your life out.” The lower cost of living than the coastal cities also make Brookneal an attractive retirement destination.

While some businesses have struggled and have seen a significant drop in sales during the coronavirus shutdown, such is not the case for the Trading Post. Cantrell reported that thanks to the governor’s intensive anti-second-amendment policies, the virus, and the rioting and violence going on in the nation’s urban streets, “I opened this business at the right time.”

Cantrell observed, “What I’m watching is a lot of people are scared. They’re preparing for war, basically. I’ve seen the militias buy things from me, people outside the militias buying things; everyone knows something is coming.”

So whether someone enjoys fishing and hunting, hiking, prepping, or other outdoor pursuits, Brookneal Trading Post has plenty of useful supplies. “This is a man’s candy store. If you’re any kind of outdoorsman at all, this is a candy store for you,” he concluded.

For more local news like this, be sure to pick up a print copy of The Union Star. It is available on newsstands throughout the greater Brookneal area. Or call (434) 376-2795 to order a subscription to be delivered directly to your home or business.