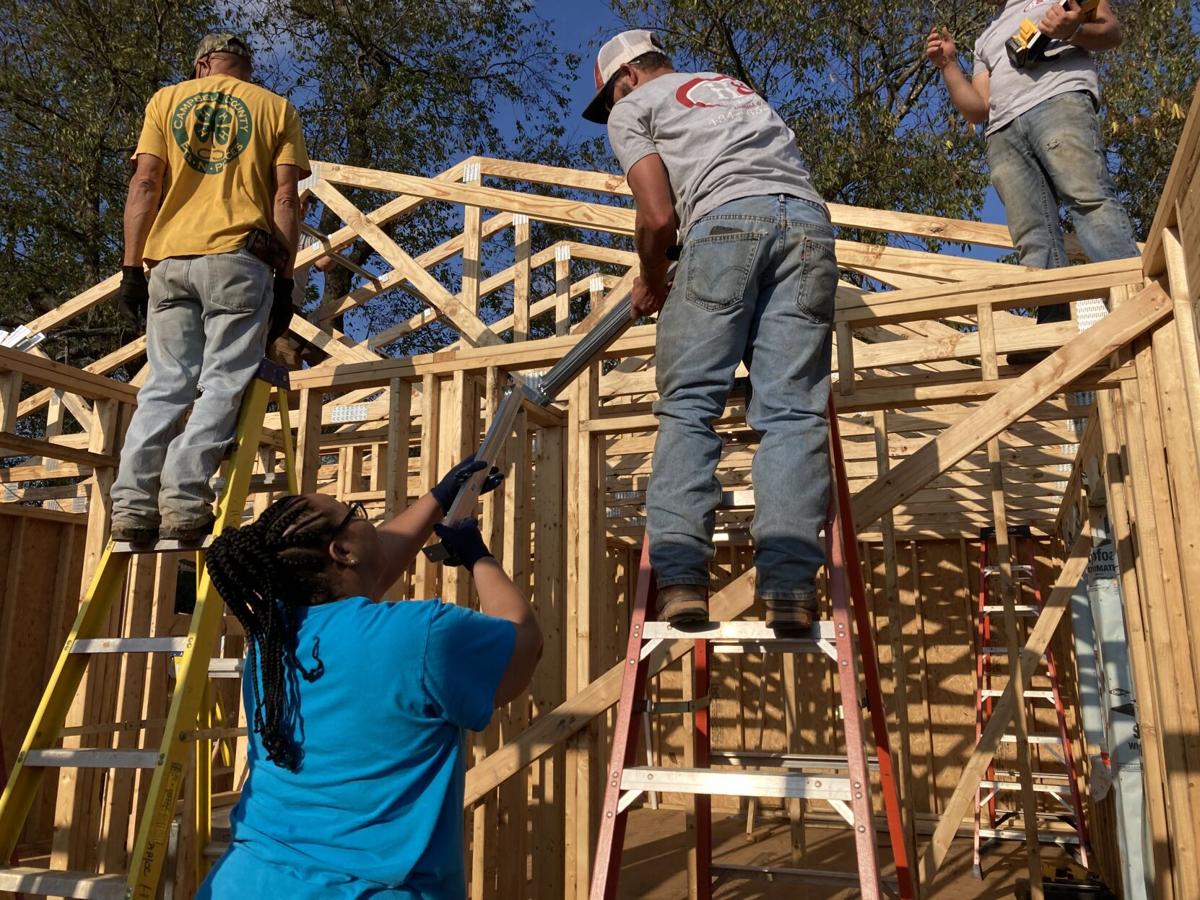 Lovena Clark, the home's future owner, had to put 300 "sweat equity" hours into building the house. 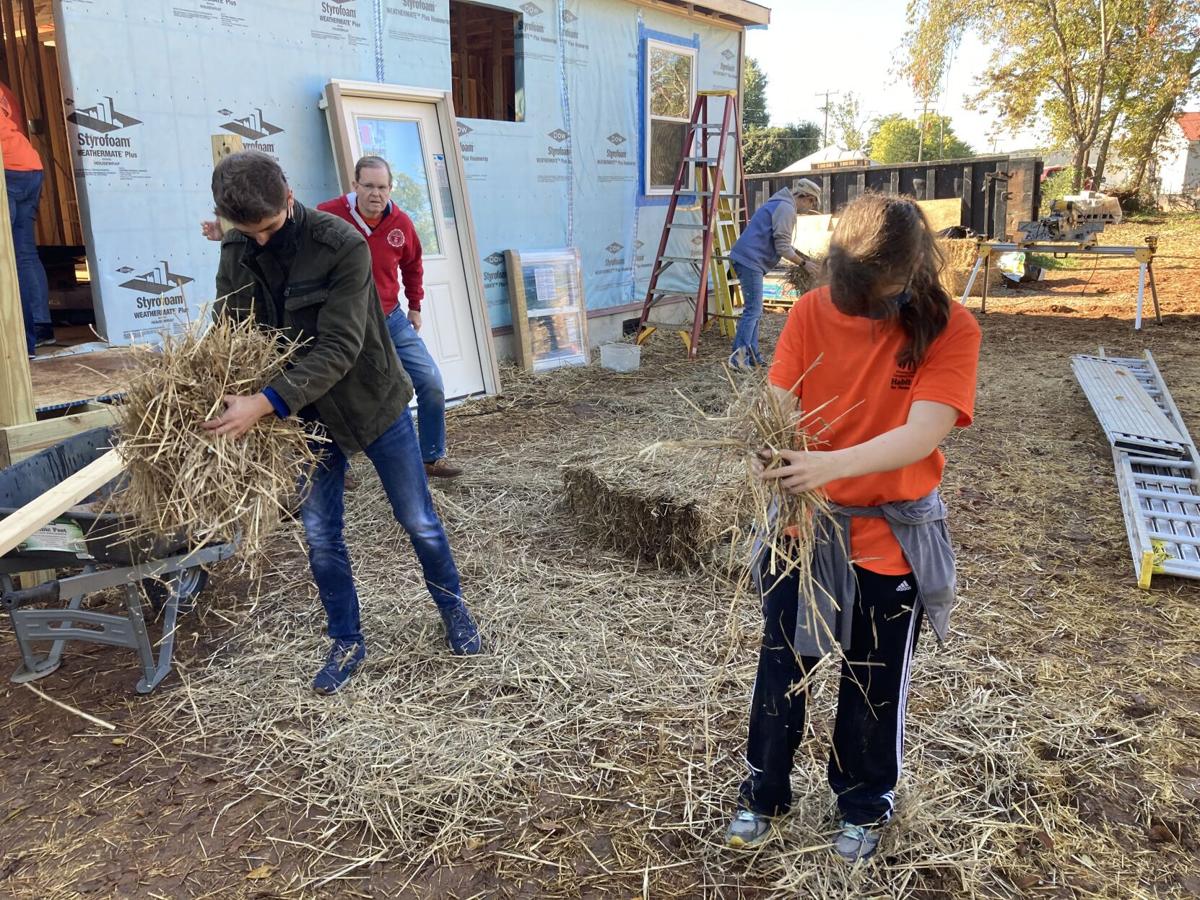 Volunteers from Liberty University came to help at the blitz build.

Lovena Clark, the home's future owner, had to put 300 "sweat equity" hours into building the house.

Volunteers from Liberty University came to help at the blitz build.

On Saturday, October 17, the Altavista Area Campbell County Habitat for Humanity had a blitz build on a lot near the intersection of Hughes Avenue and Third Street.

Volunteers and local construction workers have been working on the home for about a month, according to the Altavista branch’s executive director, Rhonda Shreve. The home will go to Lovena Clark, a pharmacy technician, and her two children. Clark said she was excited to be moving into the new home.

Clark said she didn’t know whether she would be approved when she first applied to Habitat for Humanity, but ultimately applied after her mother encouraged her to do so.

“Sometimes it’s good to listen to your mother,” Clark said.

Clark will soon be moving into the only home to be built by the Altavista Area Habitat for Humanity this year. Normally the group, which has built 38 homes in the area since it was founded, would build two homes in a year. Due to zoning issues and slowed construction caused by fewer people being allowed on a property at one time as a result of the pandemic, the branch was forced to build only one home in 2020. Shreve said it took a significant amount of time just to find the lot.

“We drove every single street in Altavista,” Shreve said.

Though Shreve said it was more difficult to find a suitable lot this year, she has been happy to be a part of Habitat’s process in her first year as the Altavista branch’s director.

“It’s hard to not see the human element and not be impacted by it,” Shreve said.

Starting after a suitable lot was found and all zoning issues were resolved, Clark has been working towards the required 300 “sweat equity” hours that participants in the Habitat for Humanity program must perform by helping to build their future home. Shreve said Clark, her children and other members of her family have worked hard to make sure the home is move-in ready this year. But at the Blitz build, Clark and her family were all smiles.

The organization has been in Altavista since 1997. Shreve said that Habitat homes generally improve their surrounding communities, and have yielded roughly $2.4 million in tax revenues in the Altavista area since the Altavista Area branch of Campbell County Habitat for Humanity was founded.

Clark’s home will soon be added to the list of Habitat homes in the area.

Keisha Berger, a childhood friend of Clark’s, said she is excited for Clark.

“I’m happy for her to have a home of her own,” Berger said.

Current plans are for the home to be complete later this year.