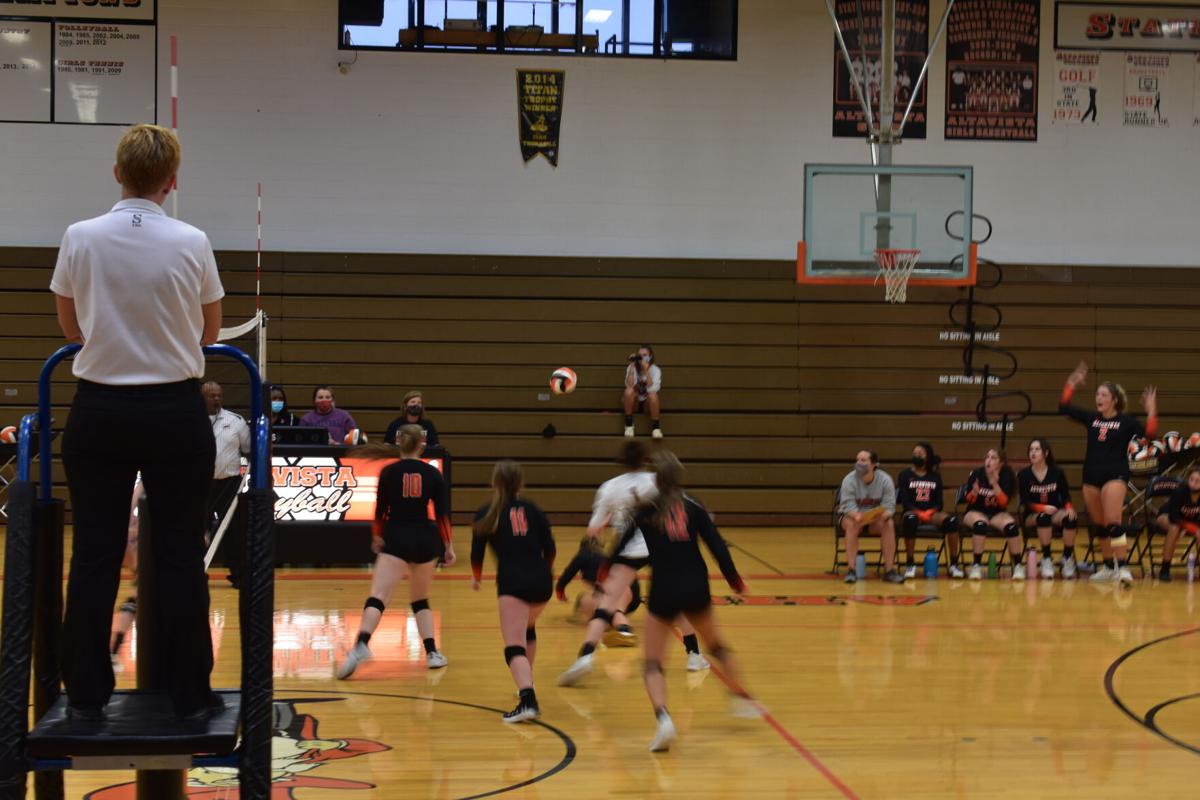 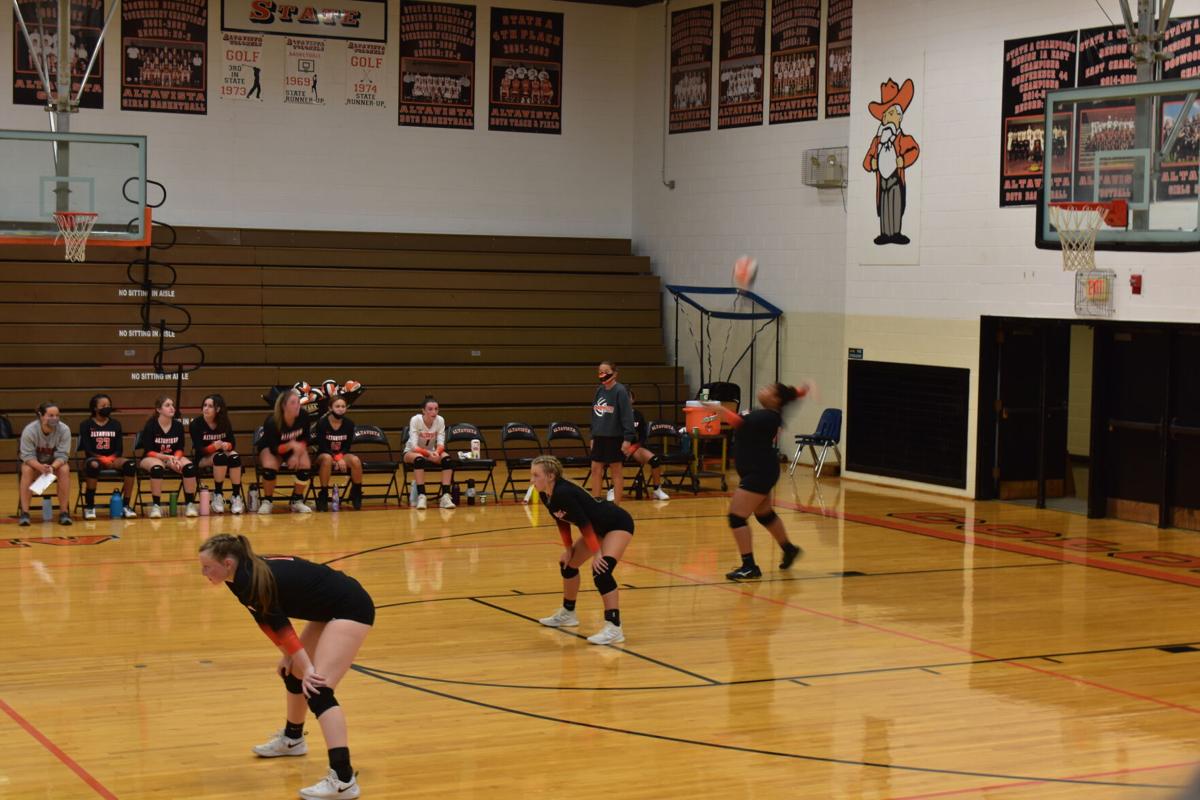 Taylor Pennix winds up for a serve. 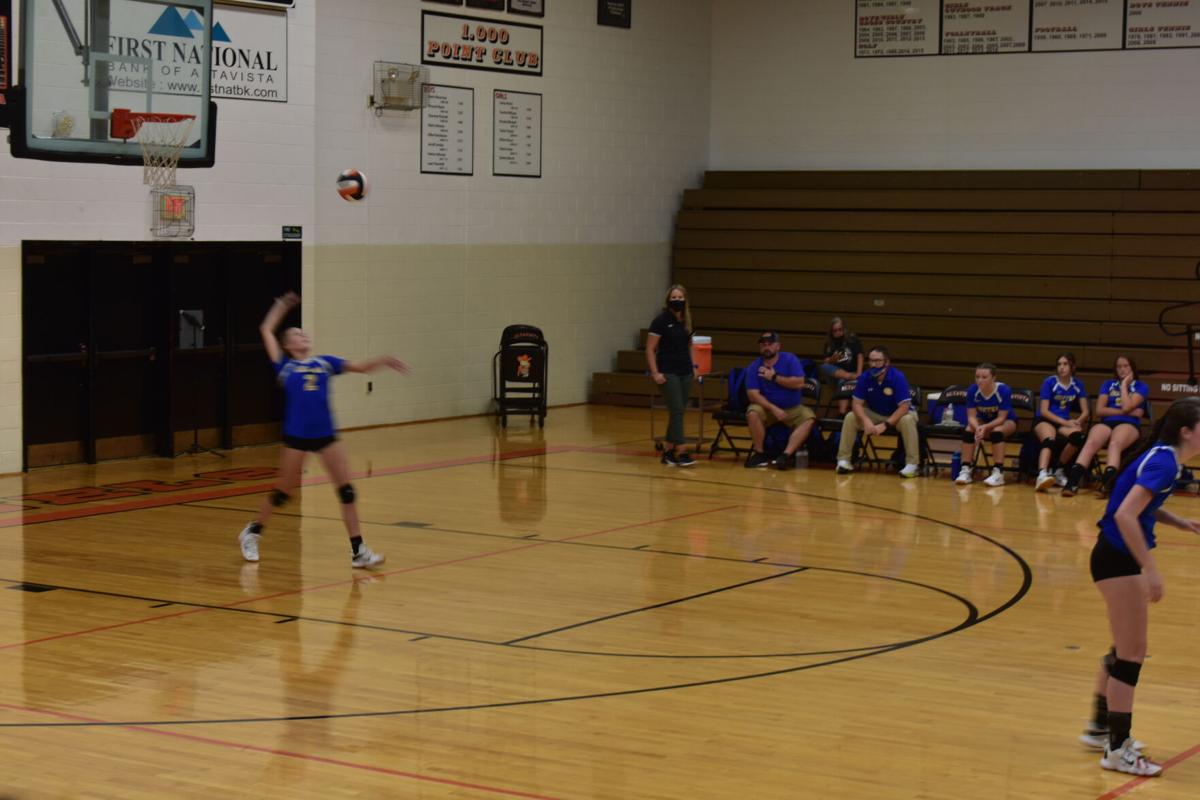 Gretna kept much of the match close, but ultimately lost in three sets. 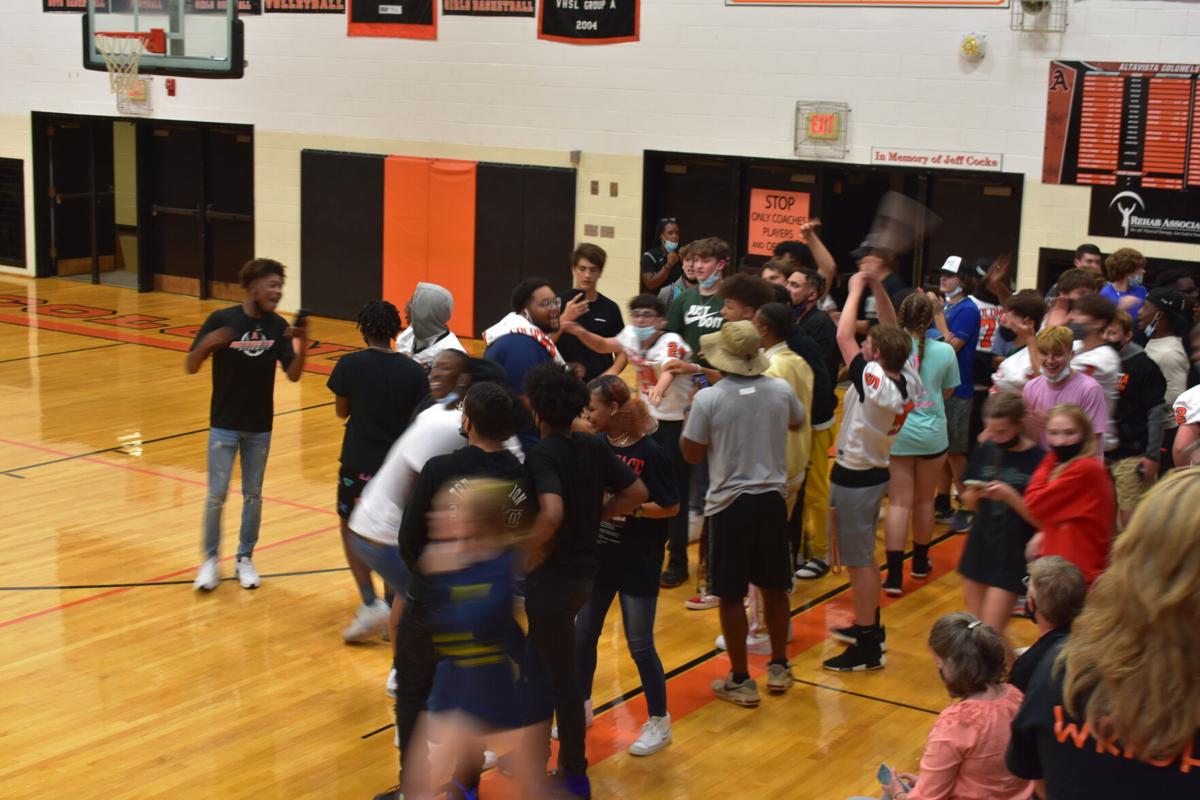 Taylor Pennix winds up for a serve.

Gretna kept much of the match close, but ultimately lost in three sets.

The gym shook with the cheers of fans during the Altavista varsity volleyball team’s home game against rival Gretna last Thursday.

Spurred on by the energy in the gym, Altavista put together a complete game. Altavista head coach Debra Spencer said she was pleased with several aspects of the team’s performance, saying they played with enthusiasm and made fewer unforced errors than in previous games.

“I think we played more consistently tonight than maybe we have in the past, made fewer service errors, and hitting errors,” Spencer said.

Both teams found themselves neck-and-neck towards the end of the first set, with Gretna up 19-17. The Hawks and Colonels exchanged kills, but Gretna was able to build their lead to 23-19. Then, Altavista stole the momentum back with a kill, followed by an ace from Caelee Worley, bringing the score to 21-23, Gretna. After a handful of mistakes from both sides of the net, Altavista was able to maintain their composure and tie the game at 24-24. Gretna then hit the ball into the net two possessions in a row, giving Altavista a 26-24 victory in set one.

Altavista was able to carry momentum from the first set into the second, jumping out to a 12-2 lead. Gretna began to claw back, coming to within 5 points with a pair of kills in the middle of the set, making the score 14-9, Altavista. Altavista then went on a run of their own, bringing the score to 22-9, punctuated by a block and then a kill from Anna Wright for points 18 and 19. Gretna attempted to come back, fighting their way to a 24-14 deficit, but made a mistake, giving Altavista a 25-14 win in the second.

The third set was a back-and-forth affair from start to finish. Neither team led by more than two points for nearly all of the final game. Every kill from Altavista was seemingly countered with an ace from Gretna, and vice versa. Altavista threatened to pull away when they were finally able to build a 19-15 lead, but Gretna quickly fought back, tying the game at 20-20. Campbell Hall broke the tie with a kill, before a Gretna block evened the score again. Then Chamille Pennix sparked a short run with a kill, which the team followed with an ace and a block on consecutive possessions to build a 24-21 lead. Gretna promptly cut into Altavista’s advantage with two points of their own, before Haley Roark sealed the deal with a game-winning kill. Altavista won 23-25, claiming victory in three sets.

“Winning always feels good,” Spencer said when asked how it felt to see the team succeed. “It was good for them, and hopefully will be a confidence builder.”